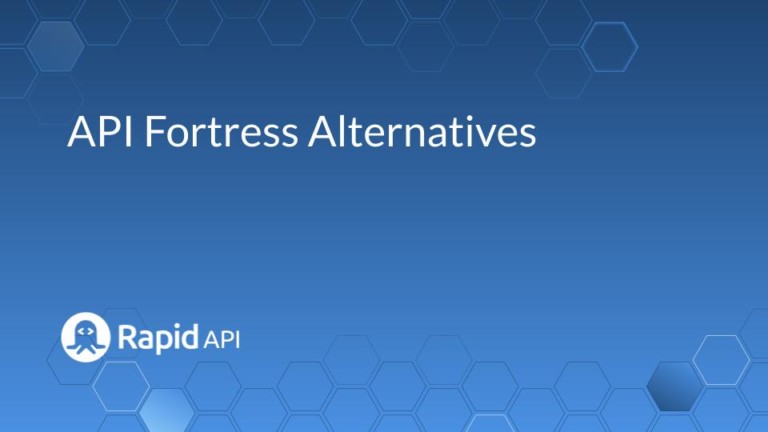 API Fortress is a modern API testing platform for agile teams and DevOps. It is part of SauceLab’s testing offering and is an enterprise-grade platform for API testing, monitoring, and performance analysis. SauceLabs is a leader in testing solutions with over 3 billion tests run on the SauceLab Continuous Testing Cloud, the most comprehensive and trusted testing platform globally.

The API testing features of API Fortress include functional, load, and performance testing. It supports detailed reporting and integrations. With flexible cloud deployment options, advanced API debugging tools, and data-driven testing capabilities, API Fortress is one of the most feature-rich platforms around.

RapidAPI Testing is one of the latest entrants in the API Testing space. Part of RapidAPI, which is the world’s largest API marketplace, the RapidAPI Testing adds to their existing suite of API management offering, called the Enterprise Hub.

RapidAPI Testing is a fully cloud-based API testing software. It seamlessly integrates with existing APIs on RapidAPI’s API Marketplace / Enterprise Hub, creating one central location for all API tests and eliminating the need to add APIs for testing manually.

Apigee (by Google) is an enterprise-grade API management solution with robust features for API performance analytics and monitoring. With the help of Apigee Edge, developers can route API endpoints to the hosted APIs on the Apigee platform to drill down into API traffic data, investigate traffic spikes, and trace live API calls.

TestProject, part of Tricentis, is a community-powered test automation platform. It is meant for the web, mobile, and API testing. It has scripting SDK support and a set of tools to record app interactions for capturing the complete test scenario.

TestProject has AI-powered testing features to provide an optimum test execution environment for application testing based on the response of the application under test.

Summary: API Fortress vs. RapidAPI vs. Katalon Studio vs. Apigee vs. TestProject

What is API Fortress?

API Fortress is an API test automation solution with advanced test features for data-driven functional testing, along with performance and load testing. It supports out of the box integrations for CI/CD, end-to-end test management, collaborative testing, and API mocking to build smarter tests for web services powered by REST, SOAP, and GraphQL.

What are the main API testing features of API Fortress?

What are the alternatives to API Fortress?

If you are looking for a cloud-based API testing solution, then RapidAPI Testing is one of the upcoming, feature-rich API platforms you can consider. Unlike API Fortress, RapidAPI testing offers a generous quota in the form of a Basic subscription that allows you to call 100k APIs per month for free. You can sign up for RapidAPI Testing and start building your test cases with flexible test management and execution features, advanced reporting, alerts for test results, and complete integration with CI/CD pipelines.

5/5 - (1 vote)
« A Brief Introduction to the Real-Time Cricket Content API
What is API Governance? »