JSON is the short form of JavaScript Object Notation and is a text-based information format that follows JavaScript object syntax.

JSON became popular through the effort of a renowned developer Douglas Crockford.

JSON can be used without depending on JavaScript even though it is a look-alike of the JavaScript object literal syntax. Currently, several programming environments enable the ability to read and create JSON.

JSON is a method of storing data and information in an organized and easy-to-access approach. Presently, JSON has, in a spark of time, developed to become a crucial part of a developer’s toolkit. JSON provides developers with human-readable storage of data that can be accessed in a very logical way and does this in a nutshell.

JSON subsist as a string that is used to transmit data across two or more networks. To access data, one has to convert JSON into an original JavaScript object. This conversion is not a complicated issue since JavaScript has a universal JSON object that contains various methods

Difference between JSON and XML

JSON allows better representation of hierarchy objects in a stream that XML. More so, JSON has a less redundant repetition of names as it is with XML.

JSON looks more like the information that developers declare in programming languages while XML is a different and more complicated thing.

Another distinguishing factor is that JSON contains a defined way of differentiating between a ‘list’ (items ordered and are identified by position) and a ‘name’ (items unordered and identified by names) while XML lacks such a distinction.

In XML, both the ‘record’ and the ‘list’ are not distinguished by the syntax. Basically, an object notation that lacks the identification distinction is considered to be practically useless. In place of this distinction, XML has ‘attributes’ and verses ‘elements’ that look like the same distinction to that of JSON, but it is not since ‘attributes’ can only contain string values and not nested objects. Therefore, JSON beats XML regarding which of the two should be first choice object notation. XML fits best in document markup.

Another significant difference between JSON and XML is that JSON is a lightweight data-interchange and XML is a meta-language or markup language. This means XML syntax is designed exclusively to have no intrinsic semantics. Particular element names don’t mean anything until one specific processing application processes them in a picky manner.

On the other hand, JSON syntax has formal semantics built in stuff between [] is an array and stuff between {} is an object. A JSON parser, therefore, knows exactly what every JSON document contains and means. An XML parser can only know how to separate markup from data. To deal with the meaning of an XML document, you have to write additional code.

What does parsing JSON mean?

The word parsing can be used to mean interpreting. Parsing JSON means interpreting the data with the specific language that you are using at that moment. JSON is usually read as a string called the JSON string. This is a string that follows the specifications of JSON. When we parse JSON, it means we are converting the string into a JSON object by following the JSON specification, where we can then use it in any way we wish.

Before parsing JSON, you only have a regular string that you cannot access the data encoded within. After parsing, it is converted into a JavaScript object where that allows you to access the various data inside. Therefore, parsing JSON is a method of making it more accessible than it is before parsing.

Build powerful applications and integrate Crunchbase into your web and mobile applications with the REST API.

Get a freshly working proxy with each API request. 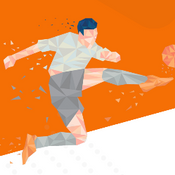 Beta Program for api-football. Here you can test the next version of the API.

Use our Face Detection API to detect the location of human faces in your images with optional extra features like Age and Gender.