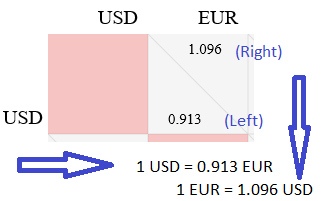 Currency conversion tables are a common sight in airports and other places of international transit. In most cases, a long row of records containing two currencies and their conversion rate/exchange rate is on display. This format is difficult to follow, as well as feels monotonous. So how about giving a facelift to currency conversion visualization.

In this blog post, we show you how to generate a currency conversion chart in Python using the Labstack Currency API. This chart is in SVG format that makes it easy to present on the web and mobile apps and can also be projected on digital signage.

The Labstack Currency API is a simple, no-frills currency conversion API. It supports over 150 currencies, is fast and accurate. Let’s take a detailed look at the API capabilities, and then we show you how to build a currency conversion chart with it.

To begin using the Labstack Currency API, you’ll first need to sign up for a free RapidAPI developer account. With this account, you get a universal API Key to access all APIs hosted in RapidAPI.

You can search for “Labstack Currency API” on the RapidAPI homepage, or access the API Console directly.

Once you are in the API console, click on the “Pricing” tab to take a look at the subscription tiers available for Labstack Currency API.

Labstack Currency API has a freemium subscription model. Under the “Basic” plan, you get 400 API calls per month for free. Subscribe to this plan, and you are all set to explore the API further.

Head back to the “Endpoints” tab on API console and take a look at the supported endpoints on the left side panel.

The “GET Convert” endpoint is used for currency conversion between two currencies, identified by their three-character code.

The “GET List” endpoint returns all the currencies supported by the API.

Select the “GET Convert” endpoint and take a look at the default values of the required parameters.

This significance of these parameters is self-explanatory. The ‘to’ and ‘from’ parameters contain the currency code of the currencies between which the conversion is performed. In this case, the API converts from USD (US Dollars) to INR (Indian Rupee)

The ‘amount’ parameter contains the currency value. However, this does not seem to take any effect in the API response as of this writing.

Trigger the API request, and you should see an API response in the following format, containing the time of API invocation and the converted amount in the ‘to’ currency.

The actual converted amount varies depending on the exchange rate at the time of API invocation.

Make a note of the API response format. You are now ready to leverage it to build a currency conversion chart.

How to use the Currency API with Python

Using the SVG markup, it is easy to build a chart with the common graphic elements such as lines, shapes, and text to assemble a currency chart like this.

We will explain how to read this chart. But for now let’s move ahead to build a sample Python program to generate this SVG chart with the help of Labstack Currency API.

Before writing the code, ensure that the following requirements are fulfilled for the development of the program code.

Open your favorite code editor and follow along the steps below to build the program step by step.

We start the program with library imports. This program relies on three libraries, requests, drawSvg , and json. You already are aware of the drawSvg. The requests library is used for making API calls, and the json library is used for converting the API response in a string to a Python dictionary format. These are part of the Python 3 runtime environment. Hence you do not have to install them.

The RAPIDAPI_HOST and RAPIDAPI_KEY are global constants that contain the API URL and the API key. You have to replace the placeholder <YOUR_RAPIDAPI_KEY> with your RapidAPI subscription key.

The CELL_SIZE and LABEL_SPACING are two other constants that are used for the SVG rendering.  You will get to know more about these subsequently.

The curr_list is a list that contains the currency code of five currencies that are displayed in the generated SVG chart.

Step 2: Define a Function For Drawing the Grid

As you saw in the chart, the data is presented in a square grid format, with cells having diagonal partitions. You have to define a function to create this grid structure, based on the number of currencies.

This function drawSquareGrid( ) does many things. We can split it into four sub-steps.

First, it creates an instance of drawSvg Drawing object, with a background rectangle and an inner rectangle.

At this point, the rendered SVG would look like this.

In the second step, you add the horizontal and vertical lines to make square cells. LABEL_SPACING represents the left and top separation between the background and inner rectangle. The cell width is represented by CELL_SIZE, which is set to 100.

In the third step, you draw the diagonal lines inside the cells to split them and add a light red background to the invalid cells that match the same currency.

Finally, you add the currency text labels by locale on the top and left side of the grid.

As you can see, this chart uses a diagonal split to show the respective conversion rates between the two currencies, that match up on the top horizontal line and the left vertical line.

So you need a function to add the conversion rates to the left and right side of each cell so that the viewer can match up the currency conversion values between the currency in the top and left.

To achieve this, you define another function like this.

Step 4: Define Main Logic to Call the API and Populate the Cells

Now all the groundwork for chart display is complete. The only thing left is the addition of actual currency conversion rate figures.

So you define the main loop of the program to iterate over the currencies in curr_list to get the conversion rates and populate the chart using the addRate( ) function.

Since this is a two-dimensional chart, you run two iterations to retrieve the conversion rates between both the currencies and add the values to the two halves of the cells.

Finally the Drawing object is saved as an SVG file with the name ‘currencyChart.svg’.

Save the code as a python file and run it. You may get an error that reads something like “Failed to import CairoSVG”. CairoSVG is an add-on to drawSvg library for generating PNG files out of the SVG. Since we are not using PNG here, you can ignore it. The program will run and generate the ‘currencyChart.svg’ SVG file, and you can open it in any browser. This file is located in the same path as the python program file.

Presumably, this chart is easier to follow as it is easy to tally and cross-reference currency conversion rates if the number of currencies is large.

You can try this out by adding more currency codes to the curr_list variable and running the program again.

Your Turn to Spruce Up the Currency Chart

If you have any queries, then please put your comments below. We will be back soon with yet another interesting use case with the RapidAPI hosted APIs.

How to Use the CurrencyScoop API with Python, PHP, Ruby & Javascript Examples