It’s always a drag to come up with fun costumes for Halloween. Especially if you’re a developer and you’re lazy. Luckily, we have some ideas that should be pretty painless to pull off. Click the images for the original source link.

There’s nothing scarier to a programmer than an unexplained error message or bug. Haunt fellow developers when you show up to the office party wearing…

Blue Screen or Pinwheel of Death

A monitor on your head = true commitment.

Go to the costume store. Grab a Walter White get-up (goatee, sunglasses and hat) and any wearable wings. You’ve just become a Heisenbug.

We haven’t seen it done yet, but we really, really want to. Don’t let us down, internet!


What better costume for a work party than a tool that you use every day? You could go as…

A Ruby on Rails Developer

Wear red, put toy train tracks on your shoes and you’re in business!

This one couldn’t be easier. Carry around a coffee mug (or Starbucks cup) all day if you’re too lazy to cut a giant cardboard cup.

Because if you’re going to go nerdy, you might as well go really nerdy.

Developers are having a moment right now. Channel pop culture programmers with these costumes.

All you need is a black turtleneck or a gray hoodie and bam! Instant tech titan. Good luck being as cute as this baby though.

Back to the hoodie-as-a-costume idea. If it works, it works!

Pop that collar, put on some shades and ship that costume.

There’s a reason companies choose to represent themselves with illustrated animals. Mascots are damn adorable. These might take a little more effort to pull off, but they’re worth it.

Bonus points for a GitHub hoodie.

Perfect if you’re an Android Developer!

Hey, you spend a lot of time on r/programming.

Last one to join has to be Internet Explorer!

That’s it for our ideas! What are you dressing up as for  this Halloween? 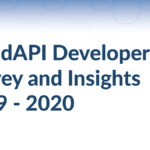 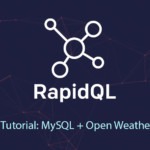 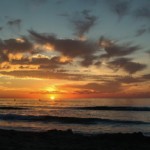