This weekend, we were in Davis, California for the Hack Davis hackathon! This hackathon was centered around the idea of social good, and we were definitely feeling the warm and fuzzies.

Here are two projects we were pretty impressed by:

The Titan Translator team particularly inspired us with their project: building a Google Translate skill for Alexa.

The team, featuring Alvaro Rivas, Sara Lipowsky and Jeffery Guerra, had a touching reason for building this specific project. Everyone on the team was a child of first generation immigrants to the US.  The team explained that it was sometimes difficult for their parents to help them with homework growing up. Not because the parents weren’t smart, but often because of the language barrier.

“I definitely could’ve used this as a kid,” said Alvaro.

By connecting the Google Translate API to Alexa, the team built a skill where a user could ask Alexa to translate a word or phrase into another language in a process that looks something like this:

Connecting to the Alexa isn’t the most straightforward process. If you’d like to build your own Alexa/Google skill, we’ve laid out a step-by-step tutorial. This tutorial is specifically for building a Google Translate skill, but you can mimic the process to build plenty of other skills that involve an API (ex. connect the Twilio API to have Alexa send you a text message–we have a Twilio tutorial too).

The Translatte app was pretty cool and ultimately won our prize (drones!) for the event.

The Android app scanned text using the Google Vision API Optical Character Recognition (OCR). Then, it created an overlay of text in another language using the Google Translate API. Finally, the app would speak the translated text out loud. Check out the demo!

The team consisted of Mohammad Sharif, Aatif Shah, Arjun Nayak and Nangeli Alcantar. Check out the Dev Post or GitHub repo for more info on this project.

Have you built anything with the Google Translate API?

If so, let us know in the comments below! Otherwise, so long and happy hacking. View more Google Translate API Alternatives here. 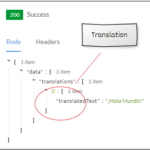 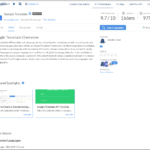 How to use Google Translate API in Java 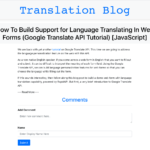 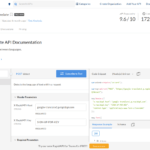 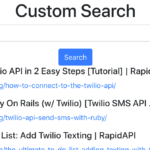