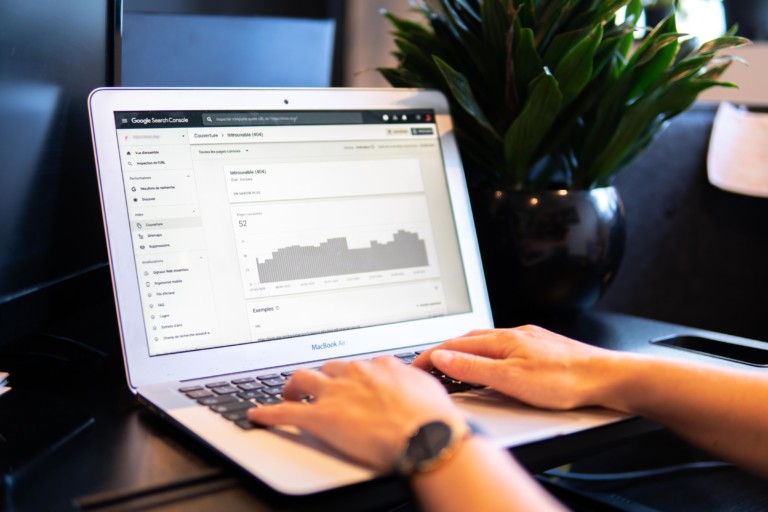 The Google API Console is part of Google Cloud, a web-based coding and development platform maintained by Google.

Although the Google API Console may seem a bit complicated at first, it can be a powerful tool for API development. Developers who familiarize themselves with how to create a Google API console project can use its robust services and diverse interface to implement API calls more quickly and efficiently in their code.

What is Google API Console?

The Google API console is a cloud-based tool that allows API developers to manage coding projects that use Google APIs.

There are several tasks that can be managed in the console, including generating credentials for APIs and managing access to APIs and their documentation. The console also provides developers with a central location to observe traffic, errors, and latency for each project, verify the domain and manage their applications’ OAuth consent authorization.

How Do You Use the Google API Console?

To access the Google API console, you will first need a free Google account. If you don’t have one of these already, go to http://accounts.google.com/ to sign up.

On this screen, you will see the API console “dashboard,” a page that gives you a basic overview of all your current Google Cloud API projects. If you don’t have any projects yet, the console will show you a message saying that you need to select or create a project.

If this is your first time using the Google Cloud API console, click “create project” to get started. Otherwise, you can select an existing project on this screen.

To create a project, all you need to do is create a name for your project and select a parent organization or folder, if applicable. If you do not wish to name your project, the Google Cloud platform will randomly create a unique ID not held by any other project in all of Google Cloud. Project IDs cannot be changed after your project has been created.

Once you click the “create” button at the bottom of this page, you have successfully created a Google API console project and will be redirected to the API console dashboard, where you can now enable APIs and services to use with your project.

Who is the Google API Console For?

API developers at any level of expertise can benefit from the API console’s robust set of tools.

Beginning developers will benefit especially from the ease of access to API documentation that the console provides, while more advanced developers can benefit from Google Cloud’s automation services with many APIs and client libraries.

Why Should You Create a Google API Console Project?

Developers don’t need to use the Google Cloud console to gain access to Google’s cloud APIs. Any server application can make a call to a Cloud API using Google API client libraries for Java, Python, PHP, Dart, and many other popular API development languages. Sufficiently advanced developers can also access the APIs with their own code, rather than using a Google-provided library of the interface.

However, the API console does provide significant benefits. First, its web-based interface is intuitive and easy to use. Additionally, the fact that the platform is cloud-based means that teams of developers can more easily collaborate on a project from anywhere around the world.

The connection between the APIs and their documentation provided by Google Cloud is also a nice benefit, especially for newer developers or those who are new to the Google APIs specifically. The first step to accessing all the benefits of using Google Cloud is to create a project in the Google API console.

What Can You Expect When Creating a Google API Console project?

When creating a Google API console project, you will need to be familiar with the suite of APIs available in Google Cloud. Fortunately, these are easy to find from the API console itself.

Also keep in mind that you need a unique name for your project and a good understanding of how APIs work in general.

Use Cases and Examples of Creating a Google API Console Project

The Google Cloud platform has an enormous number of components, and the API console is no different. As a result of the dozens of APIs and services that can be accessed through the console, there are many use cases for it.

A developer creating an application that allows users to translate any website they’re reading into any language could create a Google API console project and then connect the Cloud Translation API to it. Google Cloud SQL could also be implemented in the same project to allow users to create and easily access their accounts and any stored translations, making the app much more usable.

The console also connects to the Google Analytics API. If a developer were creating a plugin that shows website analytics data, creating a Google API console project could simplify the process by providing access to the Analytics API, documentation and error reports in a single cloud-based location.

How Does the Google API Console Compare to Competitors?

The main competitors for the Google API Console are the Amazon API Gateway used by Amazon AWS and Microsoft Azure’s API Management.

All three options offer powerful cloud-based tools that connect developers with a robust suite of APIs. However, there are some differences between the three.

Chief among these is pricing. Amazon API Gateway is a monthly charge, while Microsoft Azure and the Google API console tend to charge based on usage. In Google’s case, the pricing varies widely by the API used and, in some cases, what you’re doing with that API or service. Be sure to check the cost for each API you connect to your project in the API console before you get started.

Google Cloud does offer new users a $300 credit for their services, which can make it slightly cheaper to get started with the more expensive APIs and services it uses. Of course, the Google API console is also the only service that directly connects to popular Google services like YouTube.

How to Shut Down a Google API Console Project

Google provides 11 free projects in the Google API console by default. If you need to create more projects, you can either request a quota increase or delete one of your existing projects.

Google calls deleting a project “shutting down” a project. To do this, click on the name of your project in the Google Cloud platform top menu and then select the “manage resources” icon, which looks like a folder with a gear on it. Alternatively, you can access the manage resources page directly at https://console.cloud.google.com/cloud-resource-manager

The manage resources page shows all your Google Cloud platform projects, not just those in the API console. To shut one down, select it in the menu and click the “shut down” button. Once you type in your unique project ID, you will receive a confirmation notice telling you that your project will be deleted within 30 days.

If you shut down a project by mistake, you can retrieve it at any point before the deletion date by returning to the management resources page.

The Google Cloud API console is a powerful tool in any developer’s arsenal. For developers who want to hook their applications into the Google ecosystem’s robust suite of services, it can significantly reduce development time and cost. In this brief tutorial, we covered how to create and shut down a project in the console, as well as looking at some of the benefits to developers, use cases and examples, and Google Cloud API console’s main competitors.

5/5 - (1 vote)
« What is JSON Parse? JSON Parse Definition & Examples
How to Use the Shopee API with Python, PHP, Ruby & Javascript Examples »

How to Use the Web Search API with Python, PHP, Ruby & JavaScript Examples