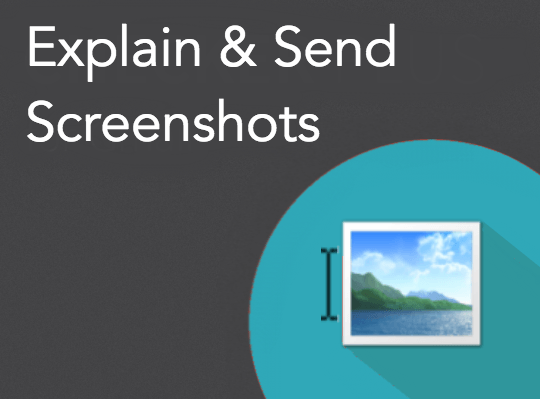 Like most people who write for the internet, I find myself constantly taking screenshots. I hit the keyboard shortcut on my computer. I open the downloaded image in Preview. I add various arrows, text or shape annotations. I upload the edited image to Imgur or email to share. Done.

I didn’t realize how much this inefficient process bothered me until I found an infinitely simpler solution. Enter the Explain & Send Screenshots Google Chrome extension.

This tool lets you capture screenshots and annotate them all within the browser. The interface is clean and it doesn’t require permissions. It’s not just me who likes it — the extension currently has 84,000 users! Check out the demo below:

We spoke with the extension’s creator Jason Savard, about building this tool, using RapidAPI and advice for freelance developers.

The Explain & Send Screenshots extension is actually Jason’s second Chrome extension. He came up with the idea while working at a Telecommunications company, before making the transition to a full-time freelance developer (more on that in a bit). He built this tool for his own use and, after sharing it with a few colleagues, starting adding more features.

First, Jason wanted to find an API that would allow his users to upload images online easily. After some browsing, he settled on the Imgur API because, in his words, “it was the strongest API” in that category. He particularly liked the way that RapidAPI allowed him to browse and test multiple APIs before settling on the one that met his needs.

The Imgur API allows his users to upload their screenshots to a website through the Chrome extension directly.  You can test it yourself by signing up for the limited free BASIC plan.

Jason emphasized how much his business relies on Google Chrome’s APIs. After all, he supports himself with the five Chrome extensions that he has built! Since the Chrome APIs rely on five-week development cycles, he constantly checks on announcements from Google’s blogs to make sure his product is up-to-date.

After seeing the traction that his screenshot project generated, Jason started thinking about how he could make this his full-time gig. While many a developer daydreams about starting his or her own business, Jason emphasized that the process took years and many weeks working “over 40 hours.” Here are a few tips that he has for anyone looking to make the jump.

“Listen to your users and their feedback”

While Jason acknowledges that timing played a key role in the success of his Screenshot app due to a hole in the marketplace, he paid close attention to user feedback. He paid equal attention to building a tool that he would want to use himself and what his users were asking for.

Don’t be afraid to market your product.

Jason describes himself as a typical developer who thought functionality first, design second. However, he later realized that marketing and design played a key role in the success of his extensions. “Search indexing is very important,” Jason shares. Having a nice layout and colors also makes your extension more palatable to a broader audience.

Check out Jason’s Chrome extensions on his website. Feeling inspired? Browse the API marketplace to see what APIs you can use in your next project. Already built something cool with RapidAPI? Tell us about it at support@rapidapi.com! We’d love to feature you in our next profile.

List of 20+ Search APIs You Can Use Right Now