Representational State Transfer (REST) APIs are a way to connect apps and websites to information on servers. The REST API architecture makes it simple for developers to request stored data or add new entries to a database. Because these structures have become so common in web development, it is helpful to learn and use REST API best practices when creating or maintaining an API.

What are the Best Design Practices for a REST API?

An API is all about sharing information. The best design practices are those that make it simple for users to access data while making it difficult to misuse the framework. Developers should be able to make sense of the structure without much effort.

JSON for Requests and Responses

JavaScript Object Notation has become the standard format for transferring data. Although there are other options, such as XML, most developers will expect to encounter JSON. Using this format for an API has several advantages. Information in JSON format will work with JavaScript-based applications without the need for modification. Also, most networked devices can already accept the JSON format.

A REST API must have a logical structure to be useful. If it is difficult to request information, the tool is not doing its job. The data in a standard format breaks down into resources. Collective resources hold more than one item. For clarity, these should be labeled with a plural noun. For example, an API for a vehicle manufacturer might have collective resources named “cars” and “trucks.” The children of those resources might be individual models. A single resource should use a noun in its singular form.

Communication is an important part of setting up a helpful REST API. The documentation for the database should indicate what developers should expect when they make a GET request. Explaining collective resources will make it easier for a developer’s application to reach information about the single resources deeper within the structure.

When a developer is working with an unfamiliar API, it can be difficult to know if interactions are successful. Structuring the API so that it provides confirmation when there is a successful PUT or POST request makes the resource user-friendly. It is also helpful to return standard error messages when there is a problem. Seeing a 400 Bad Request error or a 404 Not Found error will help a developer refine the code of his or her program.

An API on a specialized topic may only involve a few resources. However, APIs routinely provide structure for large amounts of information. An API devoted to a sport will require thousands of updates every season. APIs that hold employee information for a large company will have many data points. For larger structures, it is helpful to allow users to filter or sort information in the database. These abilities will make it simpler to retrieve information about individual entries.

As a practical matter, it can be helpful for an organization to run multiple versions of the same API. As the resources in an API expand, developers may need to change resource names or update the structure. A sudden change will cause problems for applications that are using the older version. Allowing two versions to run in parallel will give developers time to update their applications for a smooth transition.

REST API best practices will prevent cyberattacks on the API as well as allowing appropriate access for those who need it. The level of security will depend on the value of the data in the structure. An API that contains data available from other online sources does not need the same security strength as a database of personal client information.

Most APIs use some form of encryption to keep information safe. Unless it is an open-source structure, every project a developer links to an API will require a digital key. For monetized APIs, the key identifies the project for billing purposes. It also creates an encrypted connection between the application and the API.

Tokenization is growing in popularity as a security measure for APIs. During the setup process, the developer receives a digital token that acts as authorization for access. This token contains random alphanumeric information so that there is nothing in it to identify the user. However, the API will make the connection between the token and the developer.

When structuring an API, granting different levels of permission is a wise security measure. A malevolent user who can create, update or delete data can damage the performance of the system. The lowest level of permission might allow a user to read existing data. This user can get the information that he or she needs without the ability to change the API. Users with advanced permissions will be responsible for updates and deletions.

It is also helpful to examine the data that a user can access with a GET request. Developers want to make certain that the API is not offering extra information that could compromise security.

DDoS attacks are one of the simplest ways to disrupt an API. If a cybercriminal creates an application that makes many fast requests, it will delay or block other users from communicating with the structure. With limits in place, the API will stop taking requests from the application before it can cause harm.

Monetized APIs charge fees for requests. A free user can make a few requests over a given period. Paid users can make more frequent requests throughout the day. The payment requirement will discourage nuisance attacks.

If maintaining the security of an API is beyond an IT team’s abilities, using a third-party API gateway is an option. This service automatically brings REST API best practices for safety and performance. They can help with authorization, encryption, permissions, and request rates. They can also assist commercial APIs with billing and analytics.

No matter the size and purpose of an API, developers want it to function well. By using standard design and security practices, they can maintain the flow of information without unnecessary disruption.

What is API Management? 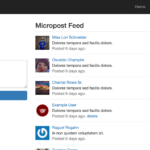 How To Convert An Existing Rails App to an API

Albert is an active student, learner, and educator of technology in the API space. In his free time, he likes to write on his personal finance blog.