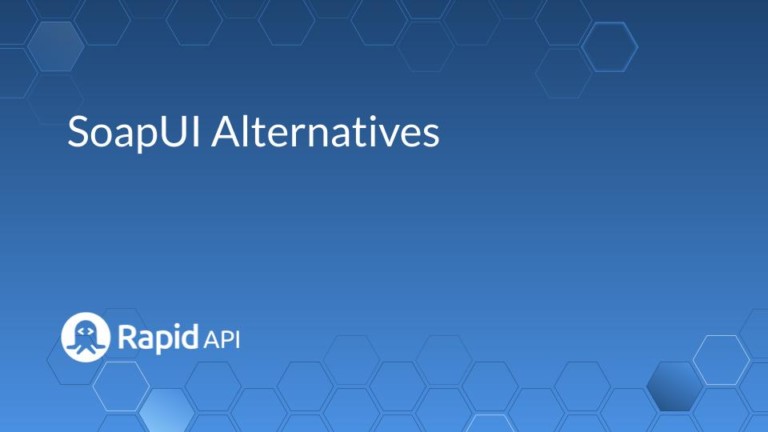 SoapUI is an open-source API testing tool billed as the “World’s Most Popular”. It has a graphical interface that helps to build tests easily. But every feature described in the SoapUI documentation is like a teaser. Premium features get attention while free features pale in comparison. This is used to get people to pay for ReadyAPI (the paid version of SoapUI). This brings up the idea of looking for SoapUI Alternatives.

The full comparison list makes SoapUI look very unappealing compared to ReadyAPI.  For example, why bother with a testing tool which does not support Data-Driven testing?

In contrast, MySQL is billed as “Worlds Most Popular” open source database.  But in the developer zone the parent company Oracle is only listed in the fine print and the footer.  In the documentation for MySQL, there is not a constant comparison with Oracle.

Also, Data-Driven Testing is an integral part of the Global Monitoring of RapidAPI Testing.  The global performance monitoring and execution reports provide valuable data. You can feedback this data into test development.

There are three ways to create tests:

Second, we will review the features and pricing of Paw.  Paw is an all in one tool for API design, development, and testing.  It has some similarities to Guzzle in making it easy to send and receive HTTP requests.  But it is developed within a native Mac interface (Update: Beta now available for Windows & Linux).  This provides anyone in that environment a familiar interface.  The features include:

Pricing for Paw is simple, $49.99 gets you a perpetual license for one user on 3 devices at the same time. Also, see RapidAPI Design by Paw.

Third, let’s look at Postman.  Postman is a collaboration platform for API development.  They also support Automated Testing.  You can write test scripts for your Postman API requests in JavaScript.  Postman contains a runtime based on Node.js. So if you are familiar with JavaScript you will be comfortable in that environment.  The documentation for Postman is on Github which gives it a strong community feels.

Pricing for Postman is fairly complex with 23 items compared between 4 plans.  For example I had to google why there is an item called Public API documentation (monthly page views).  At first I thought it referred to pageviews of Postman documentation itself.  With the documentation in a public GitHub repository that is meaningless.  What I found is that this refers to how many page views of your hosted API documentation are allowed:

However, API monitoring and Mock Servers are add-on services in Postman that you pay for in blocks.

Next, let’s look at Katalon.  Above all, Katalon bills itself as an all-in-one test automation solution.  However, a review of their pricing page reveals a different situation.  The Runtime Engine license is sold separately from the Katalon Studio product.  It is the runtime engine that is important for automated API testing from the command line.

Some of Katalon’s key features (if you buy everything) are as follows:

In addition, Katalon Studio has many of the test generation features of other tools.  One thing I noticed was you can import APIs from Swagger, WSDL, Postman, and SoapUI:

This means that most of these alternative tools we are reviewing can be used with the same APIs.  First, you can create one tool and then transfer it to another to run tests.  Then you can transfer to another to integrate with CI/CD.

Finally, we will discuss Karate.  Karate is a free open source framework. Their main focus is on simplifying the process of test automation. One key point is that Karate is written in Java. But it also has a standalone executable that allows people to use it without knowing Java.

Karate’s unique feature which I like the most is that tests are written in the Gherkin syntax. That syntax is inspired by Behavior Driven Development. This language helps to enable nontechnical stakeholders to understand what is going on. Some of the other main features are as follows:

Also, you can clearly describe what you expect to happen for each test. This is because of the Gherkin syntax used by Karate. That syntax vastly speeds up not only test development but also debugging processes. Additionally, support for data-driven tests is built in.

Another out of the box feature is the ability to switch environment parameters. There is a seamless integration into CI/CD pipelines. The multithreaded parallel execution of tests is a great time saver.

Finally, Karate is free, which means there is no paid support option. In addition, because it is written in Java it helps to be familiar with that language. In other words, Java knowledge is critical to use Karate in any mode other than the standalone executable.

Summary: SoapUI vs RapidAPI vs Paw vs Postman vs Katalon vs Karate

What is the best tool for API testing?

The best tool depends on a variety of factors. In this article, we've discussed 5 great alternatives to SoapUI. You can use all of them for API testing. Review the details above to see which one is best for you.

Which is better SoapUI vs postman?

SoapUI and Postman address similar challenges. But SoapUI has a focus on ease of use with its drag and drop functionality. If you like to have more control over your testing Postman lets you use JavaScript to create tests.

What is the difference between SoapUI and ready API?

SoapUI is the free version of ReadyAPI. There are many valuable features left out of SoapUI to entice people to pay for ReadyAPI.

Robert Davis is an IT Consultant with the following areas of emphasis: