Blog » APIs » What Are Microservices? 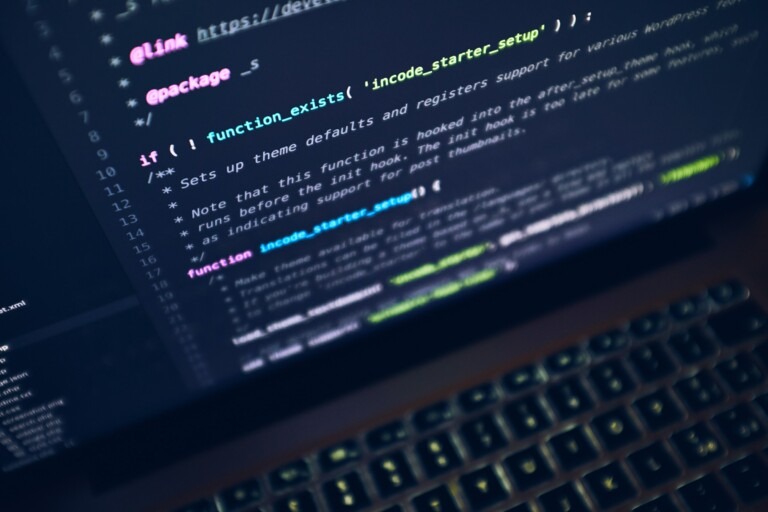 When it comes to building applications, there are multiple parts that work together within its software. Microservice architecture, or microservices for short, is a structural approach to building applications in which the parts work independently, but together. The framework allows for each individual function to operate and even fail without negatively impacting the other functions or the overall application. Microservices enable complex applications to be easily developed and delivered because of their improved productivity, resiliency, and scalability.

In the race to stay competitive, enterprises are increasingly adopting new IT methodologies: Agile, DevOps, continuous testing models, or a combination of all three. Yet their monolithic IT structures simply won’t support these updates because they are more difficult to scale, upgrade and maintain, especially as an enterprise continues to evolve. Today’s end users expect dynamic yet consistent experiences across a range of devices. For this to happen, organizations of all sizes are adopting a microservices architecture.

Microservices split each application into sets of smaller, interconnected services, cutting the time it takes an IT department to build, maintain and upgrade each one. This gives any development team more opportunities to customize those unique end-user experiences.

How do microservices work?

One particular characteristic of microservice architecture is that it is usually organized around business capabilities and priorities. Microservices take a broad approach in implementing software for a specific business area, including user-interface, consistent storage, and any external collaborations. As a result, the teams are cross-functional, which includes the variety of skills necessary for the development: user-experience, database, and project management.

Major tech companies such as Twitter, Amazon, Netflix, Uber, Etsy, and eBay have all transitioned from monolithic to microservice architecture within its DevOps teams. A microservices-based application can be updated more frequently and with less risk, as the changes to its individual components (microservices) can be rolled out independent of each other. This is much more efficient compared to monolithic architecture, which is typically built as a single code package with rigid components and requires the code package to be replaced entirely if a part malfunction or if an update is needed. This increases potential risk in terms of both code and infrastructure, and reduces its speed and efficiency.

The agility of microservices also allows for smaller, flexible teams to develop the services using the tools and frameworks they are most comfortable with, rather than having large teams working on large, monolithic projects. Each of the involved programs is independently versioned, executed, and scaled. Thus these microservices can interact with other microservices and can have unique URLs or names, while being always available and consistent even when failures are experienced. Microservices give developers to the freedom to be “language and technology agnostic”; in other words, dDifferent team members can use different programming languages and technologies when debugging and coding.

Another benefit of microservices is better data security. Microservices communicate with each other through secure APIs, which might provide development teams with better data security than the monolithic method. Because teams work somewhat in silos (though microservices always remain connected), there’s more accountability for data security because developers handle specific services. As data safety becomes a greater concern in software development, microservices could provide developers with a reliable security solution. Microservices allow for greater accountability when complying with data governance frameworks like GDPR and HIPAA. The monolithic method takes more of a holistic approach to data governance, which can cause problems for some teams. With microservices, there’s a more specific approach that benefits compliance workflows.

However, microservices have their own set of difficulties and obstacles as well. These challenges range from its level of complexity, the process of developing and testing, and network congestion. A microservices application has more moving parts than its monolithic counterpart, and although each service is simpler and functions independently, its intricacy makes the application as more complex, especially when transitioning from the monolithic approach.

Additionally, as with any effort at componentization, long-term success and stability are largely dependent on how well the software fits into components. With microservices, it can be difficult to discern where the component boundaries should lie. Evolutionary design recognizes the difficulties of getting boundaries right (and therefore the importance of efficiently and easily refactoring them), but when the components are services with remote communications, then refactoring is much more difficult. Moving code is difficult across service boundaries, any interface changes need to be coordinated between participants, layers of backwards compatibility need to be added, and testing is made more complicated.

Developing a microservice that relies on other dependent services requires a different approach compared to writing a traditional monolithic application, and existing tools are not always designed to work with service dependencies. Therefore, refactoring across service boundaries can be difficult. The utilization of multiple granular services can also lead to more interservice communication, but if the chain of service dependencies gets too long (service A calls B, which calls C…), the additional latency can be problematic.

Microservices and web services are broadly similar, but the definitions are subtly different. Web services are simply services that are accessed over the Internet, typically via HTTP protocol, and increasingly many of these are deployed as standalone or modular microservices.

Overall, the agility and efficiency of microservice architecture have drawn growing appeal from large corporations. Microservices are likely to be at least as popular with executives and project leaders as with developers because microservices better reflect the way many business leaders want to structure and run their teams and development processes. In other words, microservices are an architectural model that better facilitates a desired operational model. In an IBM survey of over 1,2000 developers and IT execs, 87% of microservices users agreed that microservices adoption is worth the expense and effort.

With the rapidly changing technology landscape, development methods that are fast, efficient, and non-interfering are increasing in popularity. Microservices have had an immeasurable impact on software development recently because this alternative approach to the monolithic architectural model, which was prevalent in the software development realm for years, provides teams with a streamlined way to create, monitor, manage, deploy, and scale all kinds of applications. Microservices are valuable for developers in all sectors, including those working for e-commerce companies, as retailers benefit from the microservices architectural style because they can handle multiple responsibilities without affecting other tasks. Considering all its features and benefits reflected in the application and the user experience, the future of microservice architecture appears to be bright and a worthwhile path for developers to explore.

Claudia Marie Huynh is a UC Berkeley alumnus and Technical Writer who specializes in the higher education sector based in San Francisco Bay Area. In her free time, she enjoys hiking, reading, writing, and traveling.