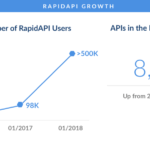 Get a better translation! MyMemory is the world's largest Translation Memory. It contains billions of words translated by professional translators. MyMemory will give you a machine translation (Google, Microsoft or our) only when a human translation is not available.

Automatically identify the language used in your input text

Microsoft Translator APIs can be seamlessly integrated into your applications, websites, tools, or other solutions to provide multi-language user experiences. Leveraging industry standards, it can be used on any hardware platform and with any operating system to perform language translation and other language-related operations such as text language detection or text to speech. Click Here for more information about the Microsoft Translator API.

The spoken language identifier is a service that tries to determine the language spoken in an audio recording. The model currently supports 8 languages: English, Spanish, Italian, French, German, Portuguese, Dutch, and Russian. You can use it to classify recordings as short as 1 second and as long as a minute. Note that the longer the recording, the higher the accuracy of the prediction. For 20 second recordings the accuracy is about 95%, whereas for 5 second samples it is just over 80%. Supported audio formats: WAV, FLAC, OGG.

Linguakit API (formerly CilenisAPI) helps you to analyze and extract information from texts. Add language technology to your software in a few minutes using our cloud solution. We offer you technology based on years of research in Natural Language Processing in a very easy and scalable SaaS model trough a RESTful API.

Style and grammar checking / proofreading for more than 25 languages, including English, French, Polish, Spanish and German. Based on languagetool.org.

Automatic language detection for texts obtained from any kind of source (blog, twitter, online news and so on). Through statistic techniques based on N-grams evaluation, more than 60 languages are correctly identified. 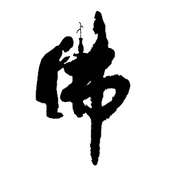 Convert from text to Chinese Buddhist scriptures. Can be use as encryption and decryption.

WordsAPI
Words API lets you retrieve information about English words, including definitions, synonyms, rhymes, pronunciation, syllables, and frequency of usage. It also can tell you about relationships between words, for instance that "math" has categories like "algebra" and "geometry", or that a "finger" is part of a "hand".

Imgur
Imgur's API exposes the entire Imgur infrastructure via a standardized programmatic interface. Using Imgur's API, you can do just about anything you can do on imgur.com, while using your programming language of choice. If you're familiar with the APIs of Twitter, Amazon's S3, del.icio.us, or a host of other web services, you'll feel right at home. The full documentation is available at: http://api.imgur.com

Deezer
Deezer is the No. 1 site for listening to music on demand. Discover more than 30 million tracks, create your own playlists, and share your favourite tracks.

GeoDB Cities
Get global city, region, and country data. Filter cities by name prefix, country, location, time-zone, and even minimum population. Display results in multiple languages. Sort by name, country code, elevation, and population - or any combination of these. Get distances between cities. Get all country regions. Get all cities in a given region. RESTful API adheres to industry best-practices, including HATEOAS-style links to facilitate paging results. Data is periodically refreshed from GeoNames and WikiData. Backed by cloud-based load-balanced infrastructure for resiliency and performance! If you'd like to host the service internally, contact us for details through the dev portal site. Data licensed under Creative Commons, http://creativecommons.org/licenses/by/3.0

City Geo-Location Lookup
This API gives you Latitude, Longitude, Time-Zone of any city

Hearthstone
This API provides up to date Hearthstone data pulled directly from the game.

URL Shortener Service
Just paste the link to cut it!

Love Calculator
Enter your name and the name of your partner/lover/crush to find Love compatibility & chances of successful love relationship.

Temp Mail
Temporary Disposable E-mail fast and easy API - is a service that allows to receive email at a temporary address that self-destructed after a certain time elapses. It is also known by names like: tempmail, 10minutemail, throwaway email, fake-mail or trash-mail.

Muslim Salat
Prayer times for around the world by MuslimSalat.com

Prayer Times
A flexible RESTful prayer times API that returns JSON times for a given day or a calendar for a whole month. For more detailed documentation, various methods and additional endpoints, please see the complete documentation on http://aladhan.com/prayer-times-api.

Sunrise and Sunset
Get the sunrise and sunset information of a location by city, lat long or ip address.

BrainShop.AI
Conversational artificial intelligence, or chat bot, that works out of box. Make your own Siri or Cortana. Customizable. Programmable. Free.

What are Translation APIs?

Translation APIs are APIs that help programatically identify the current language and provide a suitable translation from one language to another.

However, if you're looking for an alternative or replacement to the Google Translate API, take a look at this API collection.

Google's API is a powerful tool, but comes with a cost.

How much does it cost to use the Google Translate API?

The Google Translate API is not free. Its pricing is based off monthly usage in terms of millions of characters.

It costs $20 per 1 million characters for translation or language detection.

Price is per character sent to the API for processing, including whitespace characters. Empty queries are charged for one character. Google charges on per character basis, even if the character is multiple bytes, where a character corresponds to a (code-point). For example, translating "こんにちは" to English counts as 5 characters for the purposes of billing.

Using the Google Translate API could become quite costly. If you are looking for a more affordable solution, consider some of these other translation APIs.

Some Google Translate API alternatives include:

Is the Yandex API Free?

Unfortunately, the Yandex Translate API is not free. The API pricing is based on number of characters in the requests as seen here:

How do you get a Google Translate API Key?

While Google Translate is one of the quickest ways to translate and convert languages, it is still performed by a machine. Therefore, the translations are not perfect. To improve accuracy try supplementing Google Translate with any of the APIs in this collection or have some manual checkwork and audits.