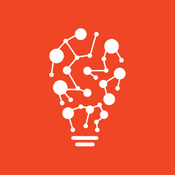 Adult content detection technology identifies explicit content in images that are not safe for work or other public places. Our AI model detects exposed parts of a body and classifies if they are considered NSFW content.

EyeRecognize NSFW NuditySearch - Recognizing nudity is a highly complex problem. NSFW Nudity Search tackles this problem by recognizing anatomical attributes and determining if there is nudity or suggestive imagery in images. The service is useful for website or app owners looking to provide site safety, ad safety, and online profile verification. We provide 3 different settings of varying sensitivities depending on your tolerance for exposed skin (i.e. - lingerie and bikini). 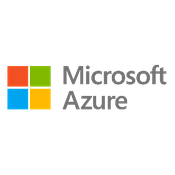 An AI service from Microsoft Azure that detects unwanted content 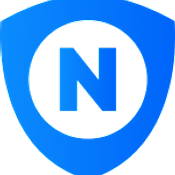 Use NetSpark's Nude and pornography image processing engine for high accuracy detection of nudity, sexuality and pornography in photos.Use the confidence rating to define an acceptable risk level for your audience. If you don't have tolerance for false positives we recommend defining 2% confidence as your limit for acceptable content. Supports most image file types {WEBP, PNG, JPG/JPEG, BMP}. GIF and TIFF file types will return an error.For support for larger volumes or for inspection of vide...

Leverage deep neural network to detect nudity, violence, gore, and other "Not Safe For Work" (NSFW) content in images.

The NDS API allows developers to check for nudity in images in real-time. If you have a very high usage feel free to message me for a private plan.

Nude photos of celebrities and average citizens alike often circulate on the internet, making their way onto websites whose owners do not condone the presence of those images and would like to keep their pages safe for work. Nudity detection APIs use computer vision techniques to aid in the process of identifying these images and flagging them for removal.

What is inappropriate image detection?

Inappropriate image detection is just as it sounds; by employing artificial intelligence models, APIs easily flag inappropriate images on platforms whose owners do not want the images there.

How does NSFW image detection work?

NSFW detection methods vary, but most NSFW detection APIs identify patches of skin and note their relative position and size in the overall image. To reduce false positives, NSFW image detection APIs may also analyze other aspects of the image, like faces, poses, body parts, and clothing. Having analyzed those features, it is then possible to establish skin tones, to count the number of people in the image or simply to remove those features from consideration. These APIs are generally able to differentiate between, for instance, an image of someone wearing a bathing suit and another type of full or partial nudity. Many APIs report the likelihood that an image is NSFW by providing a confidence score or otherwise categorizing the level of nudity in the image.

Who are NSWF image detection APIs for exactly?

Developers working with user-generated content may want to employ a nudity detection API to ease the process of ensuring that website owners can confidently claim that their site does not contain NSFW images. The algorithms behind these APIs eliminate the need to build or integrate machine-learning architecture or complex image processing libraries.

Why is nudity detection important?

Inappropriate image detection helps create and maintain NSFW-free spaces online at a scale that would be inefficient or impossible for individuals to moderate manually.

What you can expect from NSFW detection APIs?

Developers can expect to be able to programmatically detect and remove NSFW content in the products they’re building.

Are there examples of free NSFW detection APIs?

Free APIs for nudity detection include Nudity Scanner, which uses flesh color quantity measurements to detect possible nudity. Other free options include uploadfilter.io, which offers an API that provides moderation results in JSON format and has a free tier, as well as PicPurify, SightEngine Nudity Detection, Nude Detect, Vrate, and Deepai Nudity Detection.

All Nudity Detection APIs are supported and made available in multiple developer programming languages and SDKs including:

Sign up today for free on RapidAPI to begin using Nudity Detection APIs!