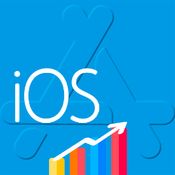 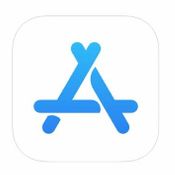 Get a full detailed info about Apple's applications.

Apple APIs give developers the capabilities necessary to tap into Apple’s vast marketplace and data. From the Apple Music API that allows devs to tap into its music database to the XCode Cloud that can automatically build, test, and deploy applications, developers can quickly and easily tap into the enormous Apple market, as well as its App Store that outperforms Google Play by 87.3 percent in consumer spending.

Apple was founded in 1976 by Steve Jobs, Steve Wozniak, and Ronald Wayne. Today, it is one of the big five information technology companies in America, along with Amazon, Facebook, Google, and Microsoft. The company is the world’s largest technology company, with revenue totaling over $274 billion in 2020. In addition, it is both the world’s fourth-largest smartphone manufacturer and personal computer (PC) vendor by unit sales.

Apple is ranked as the world’s most valuable brand, thanks to its loyal user base, who together use over 1.65 billion of its products globally.

How does an Apple API work?

Depending on the API used and the application intended, an Apple API can work in numerous ways. For instance, the standards-based REST API for App Store Connect allows developers to customize and automate workflows across multiple tools like Xcode and Identifiers and Profiles, in addition to App Store Connect itself.

Developers can manage all aspects of their applications, including uploading new versions, managing assets, setting pricing and territory availability, signing certificates, monitoring app performance with a myriad of downloadable key performance indicators, and much more.

Who can use an Apple API?

Anyone interested in developing for the Apple App Store can take advantage of Apple APIs, as well as anyone wishing to tap into Apple’s vast music database.

Why are Apple APIs important?

Apple’s large user base is a call for aspiring and seasoned developers alike. Without their vast API network, integrating applications into Apple products would be near impossible due to the company’s strict standards.

Also, as the world’s largest technology company, Apple APIs are paving the way for the standard to which other companies should set their goals.

What can you expect from an Apple API?

Apple decided to rebuild all internal APIs with third-party developers in mind to enhance developer experience (DX) and ensure congruency within the app store to provide a better end-user experience (UX). Therefore, devs can expect clean code that will not break their applications with future updates.

Furthermore, you can rely on world-class security measures to protect the integrity of your applications and the sensitive data of their users.

Are there examples of free Apple APIs?

All Apple APIs are supported and made available in multiple developer programming languages and SDKs including:

Sign up today for free on RapidAPI to begin using Apple APIs!