Perform a BIN (Bank Identification Number) or IIN (Issuer Identification Number) lookup. This API is ideal for fraud protection systems and payment analysis. Our BIN database is comprehensive and covers all countries, we update it on a regular basis as new cards are issued. This API also includes some extra fraud detection measures if a customer IP address is passed in. In this mode the API will also perform IP geolocation and IP blocklist lookups. Please Note: processing and transmitting...

Decode the 12 digit HIN and check if it is valid. HINDecoder is used by many State DMV's and has been running for 7+ years.

Verify BIN numbers to assist with fraud prevention or customer verification in your projects. 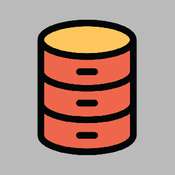 This API endpoint returns the information of BIN/IIN numbers. BIN typically show the type of card like Debit or Credit, brand of card (e.g. Visa, MasterCard, Discover, American Express, etc.), and level of card such as Classic, Standard, Gold, Platinum, and World Signia. All these information combined with geolocation of the user, card and IP can help to reduce fraud. Moocher.io is a set of lists like IP, domains, emails, passwords, creditcard BIN/IIN. Some of them marked as 'abusers' by several groups and initiatives of users and communities, and others used to filter out potential abusers. Moocher.io can be defined as a Look up as a Service for developers and product companies that want to know in realtime if their existing or potential users have been classified as 'abusers' by one or more of these lists. 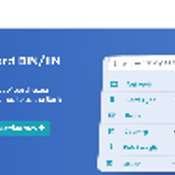 Lookup card information using card BIN. The API is free and covers most recent updates for the different BINs

The first digit of the card is dubbed as the Major Industry Identifier (MII), and it bears a particular significance on its own. It identifies the type or category of the institution which issued the card. For example, Visa and MasterCard-branded cards are classified as financial payment cards since banks primarily issue them. Other like American Express and Diner’s Club are said to be travel and entertainment cards since this was their primary function when they were launched.

The BIN and IIN provide a way for online merchants to check if the information provided by a consumer is legit. It also helps identify if a customer’s geolocation is similar to the issuing financial institution’s origin country. Although this is not enough to indicate fraud, it is an excellent signal for identification. It can also be used to lower consumer data entry errors on checkout pages. BIN/INN helps to speed up the overall processing process, as well as allows merchants to accept multiple forms of payment.

Making an online payment follows a two-step process: authorization and clearance. A BIN helps in authorization as it identifies the issuer of the card, the consumer’s geolocation, type of card, and card category. Authorization takes place in the background as the numbers in a card are checked against a third-party BIN database.

BIN/IIN identification is a critical step to detecting and stopping fraud. For instance, let’s consider an American customer purchasing a product from a French website. The IP address is coming from America, and the shipping address is to China. However, the BIN check shows that the institution that issued the card is in China; this should be a red flag for a merchant. Why would an American consumer have a Chinese card if they are buying from France? When faced with such a scenario, the merchant should seek further explanation. While BIN checks are usually done using third-party databases, RapidAPI boasts top BIN APIs to help merchants detect and prevent fraud.