Geocoding is the process of converting addresses (like "1600 Amphitheatre Parkway, Mountain View, CA") into geographic coordinates (like latitude 37.423021 and longitude -122.083739), which you can use to place markers on a map, or position the map. 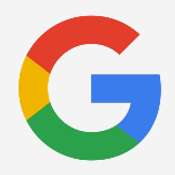 See up to date reviews, ratings and rankings for products on the Google Play Store!

You can use the Google Calendar API to find and view public calendar events.

Google Tasks is a free online service that helps manage your to-do lists.

That searches the full text of books and magazines that Google has scanned, converted to text using optical character recognition (OCR), and stored in its digital database.

The GooglePlus API is the programming interface to GooglePlus.

Include the time zone on any map powered by Google Maps.

Read, write, and sync files stored in Google Drive from your mobile and web apps.

Store and retrieve any amount of data anytime

With Google Slides, you can create, edit, collaborate, and present wherever you are.

Google is almost synonymous with the Internet and has been largely successful in establishing itself as the premier search engine and email provider.

What is a Google API?

A Google API is an API that Google provides to allow developers to hook into its services.

APIs are a shortcut to using powerful tools like Google Maps, Google Translate, and other popular services on any website or in any app.

How do APIs for Google work?

Google APIs are generally very robust, featuring client libraries in Java, PHP, Python, and other popular languages. They also often include high-tech features such as access to machine learning and analytics.

Perhaps the best feature of Google’s APIs, however, is that they allow users to interact with Google services they may already use inside of any app or website. This can be a great way to tap into Google’s large market share and attract Google users.

Who is this Google free API list for exactly?

This Google API list is for any web developer or programmer who wants to take advantage of Google’s exceptional set of first-class tools in their work.

Google APIs can be a huge time saver, and can also significantly increase the effectiveness of programs by reducing their reliance on scratch-built systems which are not as developed.

Although the Google API explorer provides access to all Google APIs, it can be overwhelming for developers to find information on a specific API.

That’s because it lists every single API available in alphabetical order, with minimal browsing and sorting options. A Google API list can be helpful for developers to connect to the correct API product.

What can you expect from this Google free API list?

This list summarizes the APIs for the most popular Google services, providing a succinct explanation of what each does, as well as listing its most useful commands, average success rate, average latency, and popularity.

Are there examples of free Google APIs?

All Google APIs are available completely free of charge.

All Google APIs are supported and made available in multiple developer programming languages and SDKs including:

Sign up today for free on RapidAPI to begin using Google APIs!

Some of the top Google APIs include: