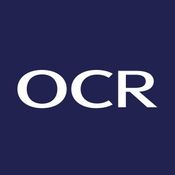 Powerful optical character recognition - 24 languages - supporting all common image formats and multiple output formats, including PDF (with selectable text overlay), HTML (hOCR) and plain text. Perfect for a wide range of applications including automatic transcribing of scanned document, invoices, identity documents and more. Feel free to send us a message if you are having issues.

Uses a Deep Neural Network to detect text in images and returns strings of readable text.

Got a project that needs OCR and data extraction? Taggun API performs image transcription in real-time. Given a photo of a receipt, it recognizes key information like total amount, tax amount, date of purchase, merchant information, and line item amounts. It achieves this with 82.26% accuracy under 2.76 seconds. 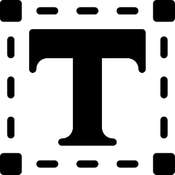 Powerful image optical character recognition (OCR) for over 20 languages and with machine-readable-zone support. Perfect for a wide range of use-cases, including but not limited to receipt and invoice scanning as well as general image-based text extraction, the default service currently allows you to POST an image of up to 1MB for analysis. If you require larger images, or PDF scans, please contact us for invitation to a custom plan.

Machine-assisted moderation of text and images.

video OCR is an analysis cascade which includes video segmentation (hard-cut), video text detection/recognition, and named entity recognition from video text (NER is a free add-on feature). The analysis result of this method enables automatic video retrieval and indexing as well as content-based video search in video archives. A detailed example can be found in our demo website: https://www.semamediadata.com/demo/video-ocr/ 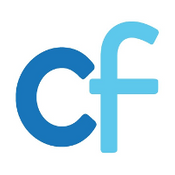 Looking for an intelligent data capture solution? With contract.fit you can easily apply state-of-the-art machine learning to all your automation needs (for invoice extraction, receipts, etc.)

OCR, or Optical Character Recognition, is a procedure that turns images of text into actual text. OCR is useful for many things, including text-to-speech software.

What is an OCR API?

OCR APIs connect to existing OCR software to leverage its character recognition ability in other programs.

For example, the developer of an app that creates image-based memes to share on social media might connect to an API server that contains OCR functionality to allow users to easily add alt text to the images they create.

How does an OCR API work?

When a client needs the server to do something, it sends a request. The server receives the request, executes it and then returns relevant information to the client. The client can then make use of this information just like any other information it might have access to.

Who is OCR Software for?

Because OCR is used for accessibility, this software is great for developers who want to ensure text in images on their app can be perceived by those with screen readers.

However, OCR is also very useful in other cases, such as if a user wants to scan in old letters they have written and edit them on a computer. OCR can also be used to extract words from written forms and data sheets.

Why are OCR APIs important?

Developers have to deal not just with typed text, but handwriting and nonstandard fonts. When looking at scanned images of documents, where ambient lighting, glare and other artefacts may affect the quality of the image, good OCR is even harder to manage.

Using an API to connect to an OCR server makes it possible for developers of all apps to use this powerful tool.

What can you expect from an OCR API?

Most APIs deal entirely with text-based data. When connecting to an OCR server, developers will be sending an image instead. Likewise, the data returned may contain not only the text on that image but where on the image it was located.

Except for these differences, OCR works just like any other API.

All OCR APIs are supported and made available in multiple developer programming languages and SDKs including:

Sign up today for free on RapidAPI to begin using OCR APIs!