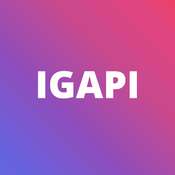 What is a Snapchat API?

A Snapchat application programming interface (API) is a RESTful web service. It allows developers to add photo sharing, instant messaging, and story-sharing functionality into their applications or websites.

How does an API for Snapchat work?

A Snapchat messaging API or Snapchat alternative API utilizes the GET request method. Developers embed the API’s endpoints into their projects. The API service uses the endpoints to transfer the request to fulfill it using the data sources. Responses are formatted in JSON.

Who is a Snapchat API for?

An API for Snapchat or Snapchat alternative is for developers that want to add messaging features without learning new code or extensively writing the code.

Social media platform businesses where media sharing is allowed for its users will also appreciate the benefits of an API for messaging functionality similar to Snapchat.

Why is an API for Snapchat important?

For developers, APIs for Snapchat messaging helps increase their productivity when they build projects. The code is already written for the API. Many API third-party services also offer support and this is advantageous for new developers, in particular.

What can you expect from an API for messaging or Snapchat alternative?

Developers can look forward to creating applications that remain relevant. This is because typically, third-party API services, upgrade to their endpoints to stay benchmarked within their industry.

Are there examples of free APIs for adding messaging features such as those that resemble Snapchat?

Although the Snapchat API is unavailable on RapidAPI’s Marketplace, it lists several free and freemium Snapchat alternative APIs.

Instagram by Vladimir Sobolev is a Snapchat alternative API. It has a free Basic plan on its freemium pricing structure. The API service allows users to retrieve tagged media feeds, comments of followers, and get the latest stories. The Basic plan includes a hard limit of five requests per day.

All Snapchat APIs are supported and made available in multiple developer programming languages and SDKs including:

Sign up today for free on RapidAPI to begin using Snapchat APIs!