Yaware.TimeTracker is an automatic time tracking app that helps you and your team manage their time, be productive and achieve more. Yaware.TimeTracker allows you to track time spent on projects, websites/software usage, manage resources, evaluate productivity and increase performance. All this without the need to start and stop a timer. The software allows to track software and Internet use, control overtime and flexitime, evaluate and reward achievements, take screenshots and snapshots. Available for Mac OS, Linux, Windows, IOS and Android

TimeCamp - time tracking and invoicing software. It's cloud-based and multiplatform (Windows, Linux, Mac, iPhone/iPad, Android). TimeCamp tracks time that users spend on tasks. You can see precisely how much time you spent on each task and project - thanks to this you can accurately bill your clients, estimate time and costs of next projects and measure employees' engagement. 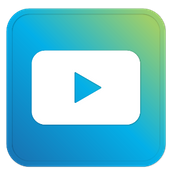 The services rendered by its Microsoft Office tools have completely changed the business world. In every sector of any economy, a Microsoft product is essential for building reports, projects, and data analysis. For excellent use of Microsoft desktop software and mobile applications, there is a need to employ the Windows API.

Microsoft Windows APIs are a collection of various data structures and libraries that instructs a Windows program to perform a given function.

How a Windows API work

Most of the APIs works by utilizing C or C++ programming languages in the scripts. However, Microsoft allows the integration of other popular languages such as Java and Python. You must log install Visual Studio Code and integrate the right code environment you want for your project.

Alternatively, developers can utilize Microsoft Azure to make APIs. When using Microsoft Azure, you must request an API key that allows you to use the API.

Generally, you have to create a directory for your scripts. Ensure that you have declared the dll. That means the script has a header name that invokes the script and performs what the script says. The script usually ends with .dll (dynamic-link libraries) or .exe (executable) extensions.

Responses of the API are in XAML and XML data interchange formats. Thus, when the user clicks a given interface in Windows the API quickly receives the request and processes the scripts in that interface. The API then returns the results as per the request of the user.

Developers - Application developers use the API to create tools that allow the API to perform specified functions once invoked.

End-user Application Designers - Designers use Windows APIs to create and build application designs that are relevant to the final clients.

Benefits of the APIs

The Microsoft Windows APIs will help in creating interfaces that allow fast access to programs in Windows software. Though the main languages used are C and C++ there is a rise in integration with other more popular languages such as Python.

All Windows APIs are supported and made available in multiple developer programming languages and SDKs including:

Sign up today for free on RapidAPI to begin using Windows APIs!