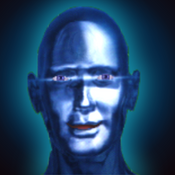 Rev.ai provides the most accurate speech-to-text service on the market via a REST API. Get more out of your audio and video with our unmatched accuracy.

This filter detects offensive English swear words based on if they SOUND like bad words on your list. This filter matches by phonetic patterns and can block bad words that have been purposefully misspelled. This is useful when you need to be sure a message in non offensive, such as TTS applications.

Turns text into an mp3 audio file with a nice female voice similar to Siri.

TTS APIs (text to speech APIs) can be used to enable speech-based text output in an app or program in addition to providing text on a screen.

What is text to speech?

Text to speech (TTS), also known as speech synthesis, is the process of converting written text to spoken audio. In most cases, text to speech refers specifically to text on a computer or other device.

How does a text-to-speech API work?

First, a program sends text to the API as a request, typically in JSON format. Optionally, text can often be formatted using SSML, a type of markup language created to improve the efficiency of speech synthesis programs.

Once the API receives the request, it will return the equivalent audio object. This object can then be integrated into the program which made the request and played for the user.

The best text to speech APIs also allow selection of accent and gender, as well as other options.

Who is text to speech for?

Text to speech is crucial for some users with disabilities. Users with vision problems may be unable to read text and interpret figures that rely on sight alone, so the ability to have content spoken to them instead of reading can mean the difference between an unusable program and a usable one.

While screen readers and other types of adaptive hardware and software exist to allow users with disabilities to use inaccessible programs, these can be complicated and expensive. It’s almost always better to provide a native text-to-speech solution within your program or app.

Text-to-speech APIs can also help nondisabled users, however. There are many use cases for text to speech, including safer use of an app or program in situations where looking at a screen might be dangerous, distracting or just inconvenient. For example, a sighted user following a recipe on their phone could have it read aloud to them instead of constantly having to clean their hands to check the next step.

Why is a text-to-speech API important?

Using an API for text to speech can make programs much more effective.

Especially because speech synthesis is such a specialized and complex field, an API can free up developers to focus on the unique strengths of their own program.

Users with disabilities also have higher expectations than in the past, and developers are better off meeting their needs with a robust, established text to speech API rather than using a homegrown solution.

What you can expect from the best text to speech APIs?

Any text to speech API will return an audio file.

The best produce seamless audio that sounds like it was spoken by a real human being. In some cases, APIs even allow developers to create their own voice model for the audio output they request.

High-quality APIs of any sort should also include support and extensive documentation.

Are there examples of the best free TTS APIs?

All text to speech APIs are supported and made available in multiple developer programming languages and SDKs including:

Sign up today for free on RapidAPI to begin using Text to Speech APIs!