Get all episodes for actor in production 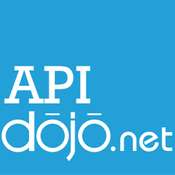 May you confirm that the required feature is available somewhere on the official site/application? May you share with me some links , screenshots as reference?

Looks like something is available via some JS. For example:

The JS function toggleSeeMoreEpisodes seems to pull them up.

One more update: start_index should be 0

There is …/title/get-full-credits. You may try it.
The endpoint …/actors/get-all-filmography?nconst=nm0000653 returns all 165 items of filmography for Brent Spiner. You should check the official site for available filmography and the result should be as same as our API.

Thanks for the response. However, I do not believe you understood what I was asking.

For example: Brent Spiner (nm0000653). Yes, ‘get-all-filmography’ lists all “credits”. But, look at credit 71 (Star Trek: The Next Generation). It only shows 5 episodes of 176 episodes he appeared in. I want to get all the episodes that he appeared it for one of his credit listings. If there are more than 5 – that is, if there are more than is listed in get-all-filmography – I have to get-full-credits of EVERY EPISODE and parse it for his name. What you showed in your previous post was what I had already explained in my first post.

I have shown you that there is a way to get the information I asked for (per your request earlier in this thread). For example, for Brent Spiner (nm0000653), if I want all episodes he appeared in for credit tt0092455:

I believe this could be integrated into your API.

tl;dr The response you provided does not help; you just restated the issue I am trying to resolve. The solution you could integrate into your API is provided here and in my previous post.

I want to get the ID of every episode John de Lancie was in for Star Trek: The Next Generation. So, I call:

There could be an API call that uses the link I provided:

Exactly what I need!

(Hell, maybe I should just consider hitting imdb directly instead of this API for this info.)

I will forward your request to our IT team for review. You will receive notification if there is any new endpoint releases in the future.

Is there a chance that the same functionality is implemented for directors? At the moment, the numbers of episodes directed by a director listed with …actors/get-all-filmography is limited to five. There is basically no way than going through each individual episode to find out whether it was directed by a specific director. And …/actors/get-filmography-appearances does not seem to work with directors.

Can this be implemented for directors?