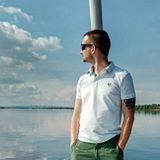 Connect to the Poke Pokemon API to get data around Pokemon and the Pokemon universe. Test an API call in your browser and export the code snippet into your app.

How to get credentials:

Methods by which the player might can encounter Pokémon in the wild, e.g., walking in tall grass.

Conditions which affect what pokemon might appear in the wild, e.g., day or night.

Evolution chains are essentially family trees. They start with the lowest stage within a family and detail evolution conditions for each as well as Pokémon they can evolve into up through the hierarchy.

Evolution triggers are the events and conditions that cause a Pokémon to evolve.

A generation is a grouping of the Pokémon games that separates them based on the Pokémon they include. In each generation, a new set of Pokémon, Moves, Abilities and Types that did not exist in the previous generation are released.

A Pokédex is a handheld electronic encyclopedia device; one which is capable of recording and retaining information of the various Pokémon in a given region with the exception of the national dex and some smaller dexes related to portions of a region.

Versions of the games, e.g., Red, Blue or Yellow.

An item is an object in the games which the player can pick up, keep in their bag, and use in some manner. They have various uses, including healing, powering up, helping catch Pokémon, or to access a new area.

Pockets within the players bag used for storing items by category.

Machines are the representation of items that teach moves to Pokémon. They vary from version to version, so it is not certain that one specific TM or HM corresponds to a single Machine.

Moves are the skills of Pokémon in battle. In battle, a Pokémon uses one move each turn. Some moves (including those learned by Hidden Machine) can be used outside of battle as well, usually for the purpose of removing obstacles or exploring new areas.

Styles of moves when used in the Battle Palace.

Damage classes moves can have, e.g. physical, special, or non-damaging.

Methods by which Pokémon can learn moves.

Targets moves can be directed at during battle. Targets can be Pokémon, environments or even other moves.

Locations that can be visited within the games. Locations make up sizable portions of regions, like cities or routes.

Location areas are sections of areas, such as floors in a building or cave. Each area has its own set of possible Pokémon encounters.

Areas used for grouping Pokémon encounters in Pal Park. They’re like habitats that are specific to Pal Park.

A region is an organized area of the Pokémon world. Most often, the main difference between regions is the species of Pokémon that can be encountered within them.

Abilities provide passive effects for Pokémon in battle or in the overworld. Pokémon have multiple possible abilities but can have only one ability at a time.

Genders were introduced in Generation II for the purposes of breeding Pokémon but can also result in visual differences or even different evolutionary lines.

Egg Groups are categories which determine which Pokémon are able to interbreed. Pokémon may belong to either one or two Egg Groups.

Growth rates are the speed with which Pokémon gain levels through experience.

Pokeathlon Stats are different attributes of a Pokémon’s performance in Pokéathlons. In Pokéathlons, competitions happen on different courses; one for each of the different Pokéathlon stats.

Pokémon are the creatures that inhabit the world of the Pokémon games. They can be caught using Pokéballs and trained by battling with other Pokémon.

Colors used for sorting Pokémon in a Pokédex. The color listed in the Pokédex is usually the color most apparent or covering each Pokémon’s body. No orange category exists; Pokémon that are primarily orange are listed as red or brown.

Some Pokémon have the ability to take on different forms. At times, these differences are purely cosmetic and have no bearing on the difference in the Pokémon’s stats from another; however, several Pokémon differ in stats (other than HP), type, and Ability depending on their form.

Habitats are generally different terrain Pokémon can be found in but can also be areas designated for rare or legendary Pokémon.

Shapes used for sorting Pokémon in a Pokédex.

A Pokémon Species forms the basis for at least one Pokémon. Attributes of a Pokémon species are shared across all varieties of Pokémon within the species. A good example is Wormadam; Wormadam is the species which can be found in three different varieties, Wormadam-Trash, Wormadam-Sandy and Wormadam-Plant.

Stats determine certain aspects of battles. Each Pokémon has a value for each stat which grows as they gain levels and can be altered momentarily by effects in battles.