Using javascript, how would I extract just the "&from=" currency to display in a <div> in the browser?

Hi, I’m using your API for a group project for my class. I’m using this API to search a specific country, and then display that country’s currency automatically from USD to whatever was searched using an array. but for some reason my function isn’t console.log anything. Just the function written out in the console. 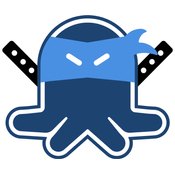 Hi.
We need to see your implementation in order to be able to help. Please make sure that you dont post your API key here.

Please see an example of how you can access the currency rate.