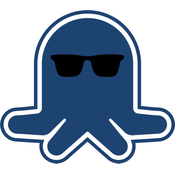 Ever wanted to know which is more popular: #ff or #tbt? With Truthy's API, you can! Search our large sample of tweets by hashtag and obtain time series, counts by user, tweet counts, or tweet ids.

We currently offer just a few types of searches and outputs.

This API is provided on behalf of an academic institution (Indiana University) for the sole purpose of non-commercial research.

A query contains three main parts:
q: The query term(s). One can specify a single term or a comma-separated list of terms. Any tweet matching any of these terms will be counted, i.e. this is an OR query.
start & end: These designate the time period for the search. Specify these as Dates like 2016-01-07 or Datetimes like 2016-01-07T12:34:56. Note: it is only possible to retrieve tweets starting 36 months ago.

Queries must consist of #hashtags and/or URLs (i.e. not just words). Here are some tips about constructing queries:

As detailed below, all queries return JSON objects containing links to fetch the query output.

Counts the number of tweets per day matching the query. Output is a whitespace-separated column with column 1 containing dates in ISO format, and column 2 containing the number of statuses measured that day.

NOTE: This is the number of Tweets measured by OSoMe, which represents approximately 10% of the total Twitter stream.

For each hashtag returned in the search, counts the number of tweets containing this hashtag. Output is a whitespace-separated file with column 1 containing the hashtags and column 2 containing the counts.

This query is often combined with wildcards, e.g. #partyinthe*, as each matching hashtag will be counted separately.

These Tweet IDs are suitable for piping into Twitter's REST API in order to obtain fully-hydrated tweet objects.

PROTIP: Command-line wizards can use sort -rnk2 to sort this file in descending order by number of posts.

Mashape enforces timeout restrictions on requests, but sometimes queries of this large database can take a minute or two to return results. In order to allow this, most of our queries will quickly return a JSON object containing a result_url. You can then GET that URL, which will redirect you to the result file once the query finishes. Both the result_url and the results file should be available for at least a day after your query finishes.

The "Tweet IDs" query works slightly differently. This is a fast query that often returns a large number of results. Thus the response JSON has a files entry, a list containing URLs, each pointing to a file full of Tweet IDs.

While this workflow may seem complicated, it is necessary in order for us to reliably serve such large files of results.

output.log & error.log: Contain information about the query process. These are valuable for troubleshooting failed queries.
data: This folder contains the results of your query. Depending on the query type, the results may be in a subdirectory called mrOutput. When present, the tweetIds subdirectory contains Twitter tweet IDs for tweets matching the query.

Mashape users are currently limited to 100 queries per day. This will be adjusted as we observe traffic and performance. Each request will not return more than one million tweet IDs.

Please cite the following publication when using this

Have a question about this API?Ask the API Provider.
More by truthy

hoaxy
Hoaxy visualizes the spread of claims and related fact checking online. A claim may be a fake news article, hoax, rumor, conspiracy theory, satire, or even an accurate report. Anyone can use Hoaxy to explore how claims spread across social media. You can select any matching fact-checking articles to observe how those spread as well.

Numbers
An API for interesting facts about numbers. Provides trivia, math, date, and year facts about numbers. For example, "5 is the number of platonic solids", "42 is the number of little squares forming the left side trail of Microsoft's Windows 98 logo", "February 27th is the day in 1964 that the government of Italy asks for help to keep the Leaning Tower of Pisa from toppling over"

Linguatools Conjugations
The Conjugation API looks up a word in a dictionary and returns all conjugated forms with the associated English tenses.

Bestquotes
The Bestquotes API is a simple API, which contains a huge database of quotations by famous authors. One request - one random quote.You can easily integrate this API into your application.

Linguatools Sentence Generating
An API for generating English sentences for a given input. 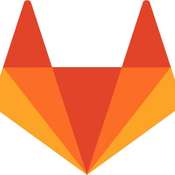 GitLab GraphQL
From project planning and source code management to CI/CD and monitoring, GitLab is a complete DevOps platform, delivered as a single application. This is a Community Listing of the GitLab GraphQL API.

LOLCat Translator
Convert from English to LOLCat. Blessinz of teh Ceiling Cat be apwn yu, srsly.

Quotes and Proverbs
30,000 quotations and proverbs from more than 6500 authors

Conjugate
This API will return all conjugations for the supplied verb - supporting nearly 6000 root verbs.

Quotes
The Quotes API is a simple API that returns an inspirational quote and its author from our curated database of quotes.

Text Readability
This API helps you understand the text's complexity. Phrase length influence the ease of reading and understanding of a given text. Short words are usually more common (Zipf's law). Short sentences require less abstraction ability to understand. The readability analysis could be useful to make a text better, augmenting its accessibility.

Equa Images
Get math formulas as images for publications in web or any other applications.

Braille Translator
All you need to create a traditional / non traditional Braille display system. If you have a braille display / want to mimic one in the browser or in your app this is the API you will integrate with. This takes plain English text and converts to various forms of braille (unicode/ braille/ image etc) display styles.

DonorsChoose.org data
Our simple JSON API allows developers to help classroom projects with their website or application. It serves up project titles, descriptions, classroom photos, geo-tags, full teacher-written essays, and more. It can also be used to issue gift cards to your customers so they can support a classroom projects of their choosing. The API has been used by Chevron, SONIC Drive-In, NBC Universal, Bing, PayPal, Starbucks and others to build customized cause marketing and community engagement experiences.

Sith Translator
Convert from English to Starwars Sith language. The Sith language was the native language of the people of the pureblood Sith from the movie Star Wars. Even after the extinction of the Sith species, the language was preserved in Sith holocrons, temples, and tomes from a different variety of Sith Lords and historians.