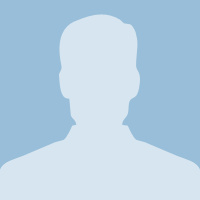 This API endpoint checks if a password can be found in the lists that contains the most common used passwords in the net. If a password can be found in any list, it means the password is not a good candidate for security reasons. Moocher.io is a set of lists like IP, domains, emails, passwords, creditcard BIN/IIN. Some of them marked as 'abusers' by several groups and initiatives of users and communities, and others used to filter out potential abusers. Moocher.io can be defined as a Look up as a Service for developers and product companies that want to know in realtime if their existing or potential users have been classified as 'abusers' by one or more of these lists.

FOAAS (Fuck Off As A Service) provides a modern, RESTful, scalable solution to the common problem of telling people to fuck off.

Telize offers a JSON IP and GeoIP REST API allowing to get a visitor IP address and to query location information from any IP address. It outputs JSON-encoded IP geolocation data, and supports both Cross-origin resource sharing (CORS) and JSONP.