What is HTML5 API?

HTML5 is a popular language used among web developers.

Thanks to a slew of APIs available on the market, there are tons of great ways to enhance the features of a web page with advanced functionality.

But before we get to the HTML5 API list, let’s take a look at the meaning behind all of these acronyms, for the sake of the uninitiated.

HTML stands for Hyper Text Markup Language, meaning that this is the programming language used to make a website display different things. It’s the bread and butter of the vast majority of websites on the Internet and is commonly the first thing learned by aspiring web developers.

HTML5, which was released in October 2014, is the fifth major revision of the language, adding plenty of new functions to give developers more tools to keep up with today’s web design trends.

API stands for Application Program Interface, which seems pretty redundant since both “application” and “program” mean the same thing to a lot of people.

So instead, it’s often called Application Programming Interface, but that’s still gibberish to many.

In short, an API is sort of a translator that allows one application to work with another.

In this case, an HTML5 API is a convenient way to add huge amounts of functionality to a web page.

For example, if a website has a Twitter API installed, it might give the developer an easy way to add a Twitter feed to a home page with just a few lines of code.

In most cases, getting access to an API takes a couple steps.

But why is a key even needed?

There are a few reasons, some more obvious than others.

For one, and probably most importantly, this gives the provider of the software some way to revoke access to their product if something goes wrong or if the API is abused.

This is due to the fact that using an API almost always involves making a data pull request within a website’s code.

Using the Twitter API example again, each time the web page is loaded, the code (probably a JSON request) to call up the latest tweets on a certain account would be executed in the HTML of the website.

This line of code will include the API key so the software provider (Twitter) will know exactly who is asking for this data, which means accessing servers and causing traffic.

With an API key, the provider can limit traffic as needed to prevent server problems on their end and keep track of the usage of their API per user.

So with the key and the code, the developer is now ready to add some pretty cool and useful features to a website. Without further ado, here is a list of some of the best HTML5 APIs:

Here is our top HTML5 API list with a few examples and use cases:

Some developers have really pushed the limits of API functionality.

Such is the case with AppBuilder, with which users can collaborate more conveniently on app development.

Much of the software’s functionality can be accessed with JSON calls.

For example, by utilizing this API, a team member of a software development firm can compile the software from a button on a privately controlled company website rather than on the AppBuilder website, adding a more professional and personalized sheen to the process.

Using this API is free.

Scrappy is a tool for scraping data from a web page.

“Scraping” means to extract something from a web page, like table data, text or other information.

The API is simple and straightforward, providing all of the schema.org microdata semantic elements from any public site.

It’s free to use.

As the name implies, Gifs is an API that involves everyone’s favorite moving image format, the GIF file.

The API allows a user to transform various media into convenient GIF files for use on the web or elsewhere.

There are two calls:

There’s a free version with limited API uses and functionality, and the unlimited premium version starts at $7.99 per month.

BitBalloon is a service for hosting HTML5 websites.

This API allows a user to control their account on BitBalloon via their own software or website.

For example, using this API, a user could

Using this API is free, outside of whatever plan for which the BitBalloon account in question is currently enrolled.

With so many websites made for the purpose of personal blogging, it’s natural that the most widely used API is for a popular blogging-type platform: Pinterest.

When using the software, a user browses images, called “pins,” in a category of their liking, grabbing the ones that impress them the most and sharing them with their friends.

It’s a very specific type of visual social media that is extremely popular for its simplicity and wide variety of topics.

Detailed instructions are available on the API’s GitHub repository.

As it turns out, Microsoft provides more than just Windows and Xbox.

With this API, users can tap into their Computer Vision software.

This program is designed to work with images and the data they hold.

For example, the optical character recognition can extract text data from photos that contain words.

Other functionality includes automatically generating thumbnail images and even generating an automatic description of a photo.

Per-transaction pricing decreases with larger limits, giving the incentive to use bulk plans.

These are just a few of the many HTML5 API options available for developers today, as many application developers leap at the opportunity to allow others to showcase their work on their websites.

In short, if you can dream up some sort of website functionality, chances are that there’s an API for that.

Do you agree with our top HTML5 API list? What do you think is the best HTML5 API? Let us know in the comments below. 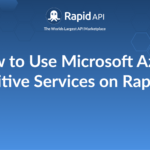 How to Use Microsoft Azure Cognitive Services on RapidAPI

How To Use the Imgur API 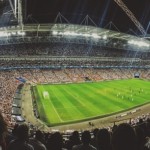 The Best Sports APIs for Developers (Updated for 2020)