If you’re a regular visitor to the RapidAPI website, you probably already know that an API is an amazing thing. You may even be looking for new APIs to integrate with your web or mobile application. But if you’re a new developer, you may not know what an API is exactly. We thought today we would cover some of the basics of APIs.

What exactly is an API? What does an API Do? API Full Form

What does API Stand for?

What is an API What are APIs used for?

If you are a beginner programmer, you may be wondering what the definition of API is. An API (Application Programming Interface) allows your application to interact with an external service using a simple set of commands. To break down the name, the “Interface” is where different software components can interact. Using an API allows developers to add specific functionalities to their applications and can speed up the development process.

APIs act like building blocks, allowing developers to build applications much faster. They also prevent developers from having to “reinvent the wheel,” and spend time creating functionality that already exists.

What is APIs Used For? API Explanation For Beginners:

Essentially, an API allows two software programs to communicate with each other. One program can call another program’s API to get access to data or functionality of the other program.

To understand exactly how an API works, consider this non-technical example. When you go to a restaurant, a waiter will take your order and report it to the kitchen. The kitchen makes your food, and the waiter brings it back to your table.

In this example, one program is you (the person ordering food), and one program is the kitchen. The waiter represents the API, that is used to receive requests and return something. In this case, the waiter returns your order, but an actual API would return data or other functionality.

What are Some Examples of APIs? API Examples and Use Case

Now that we have a basic understanding of APIs, it should be easier to see why APIs are so essential in programming. For a slightly more technical example, consider how APIs might play out using a ride-share app as an example. First, you sign up for the ride-share application. Then, you can map your route, find your driver, and pay for the ride all without ever leaving the app.

The ride-sharing app is likely using APIs to make all of this work. For example, an API like Telesign could verify that you own the phone number you provided at sign up. Calculating the time and distance of the ride is probably done with a maps API. An SMS API like Nexmo could notify you that the driver has arrived at the pickup location. When it’s time to pay, your payment is likely processed with an API like Stripe. Finally, when you get a receipt for your ride, an API like SendGrid sends it to your email.

This is one example of how APIs can be used together to quickly add functionality to an application. To see other API examples, visit the RapidAPI Marketplace.

There are four main types of APIs:

Apart from the main web APIs, there are also web service APIs. A web service is a system or software the uses an address (ex: the URL on the World Wide Web) to provide access to its services. The most common types of web service APIs include:

Read more about the difference between SOAP, REST, and JSON.

There is another type of API called a webhook API. Webhook APIs function similarly to how a traditional REST API works, but it happens in the opposite direction. Typically, you write a program that will call an API, and get a response from that API. In some cases, you don’t want to have to call the API, you just want the API to notify you when something has occurred.

An example of this would be a billing system. You wouldn’t want to have to continuously make a request to an API to see if a payment has been made. Instead, you would use a webhook API to notify you every time a payment is made.

APIs are purpose-built to perform a specific function of allowing communication between applications. APIs have become an integral part of application development. They allow developers to quickly integrate specific functionality to their application or website. There are thousands of Public APIs on RapidAPI, find the one that will help power your next project on the RapidAPI Marketplace.

How to use an API

How to Build an API

Welcome to SendGrid’s Web API v3! This API is RESTful, fully featured, and easy to integrate with.

Imgur's API exposes the entire Imgur infrastructure via a standardized programmatic interface. Using Imgur's API, you can do just about anything you can do on imgur.com, while using your programming language of choice. If you're familiar with the APIs of Twitter, Amazon's S3, del.icio.us, or a host of other web services, you'll feel right at home. The full documentation is available at: http://api.imgur.com 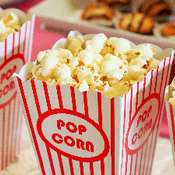 The easiest, most advanced, weather API on the web.

Use our Face Detection API to detect the location of human faces in your images with optional extra features like Age and Gender.