Blog > The Dev Room > Application vs. Program (What’s the Difference?)

In the ever-evolving world of technology, we often have to familiarize ourselves with various terms that come up every single day. And while most of the words come with sharp differences, at times, we come across terms that are considered to mean the same thing even though they are totally different.

A perfect example is the term program and application. Some years back, the word program was used when referring to desktop operating systems such as windows. Additionally, apps were associated with mobile OS, such as iOS and Android.

However, when desktop applications were developed, the difference between the two become a little blurry.

Meaning of Each Term

What is an Application?

An application (app) is a program or a collection of programs that have been designed for the end-users. They help you to perform a set of coordinated tasks, functions, or activities. From the definition, we deduce that all apps are programs, but not all programs are necessarily apps. Another crucial thing to note about applications is that they can’t run on their own, and they depend on system software to operate.

What is a Program?

Similarities Between Applications and Programs

The main similarity between applications and programs is the fact that they are both used to perform various functions or tasks on a computer.

Additionally, since an application is a collection of computer programs that help end-users to solve a problem, it means that these programs must coordinate and interact for this to happen. We are simply saying that all apps need programs to perform end-users’ commands. For example, when you want to watch a movie via VLC, the player will require audio and video drivers to operate.

Differences Between an Application and a Program

A program requires an installer that is packaged with necessary files for it to be installed on a computer. Conversely, it may also seek to download more data from the web before it installs. On the other hand, an app is a single file that a user downloads from the internet and installs it on their device. And unlike programs, you don’t need a separate uninstaller to uninstall apps from your computer.

As mentioned earlier, an app is developed with the end-user in mind. As such, it is structured to help users complete a given function, task, or activity. A program, on the other hand, is created to help a computer execute a specific purpose, and it can run on the background without the end-users intervention.

Since an app is designed to be utilized by real individuals, it boasts a user interface (UI). However, programs don’t necessarily need to have a UI for them to be considered complete, For instance, viruses and malware that are used by hackers to infect your computer are programs, but they don’t have a UI.

Since an application can feature several programs, it is usually developed through a structured and documented process that may involve several individuals. On the other hand, a program can be created by a single individual. However, it is vitally essential to understand that today’s apps can be developed by one person utilizing APIs, libraries, and frameworks.  But since these essentials are also designed by someone else, it still means that several people will still be involved in the development process.

The differences between applications and programs have been blurred for a very long time, and most people have been using them interchangeably. However, from what we have seen in this article, although apps and programs intersect at some point, they are not synonymous. They are a means to an end, so they need to be treated differently. We live in a dynamic environment where everything is influenced by technology.  Nevertheless, we must learn to differentiate terms, whether they have been in existence for decades (programs) or have emerged due to the changes in technology (applications).

How to Build an Android App with JavaScript

How to Build a Multi-Screen Android App

How to Build Your First Android App (Using an API) 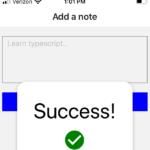 How to Create a Mobile App with NodeJS 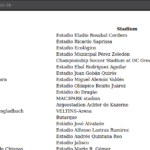 How to Build an Android App with Python (and the WordsAPI)