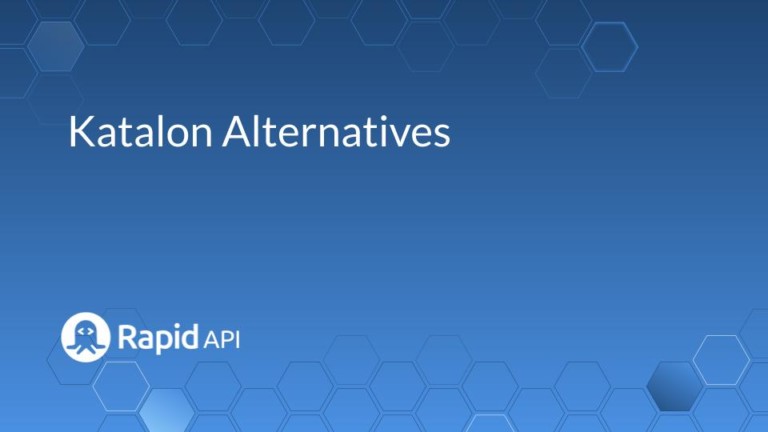 Katalon has a complete suite of solutions targeted for web, mobile, and desktop application testing. The Katalon Studio is their flagship test automation IDE. It also supports API testing for ensuring robust testing for functional as well as several non-functional test scenarios.

The API testing solution provided by Katalon encompasses various test scenarios ranging from the usual validation and functional testing to UI, security, load testing, and more. With the enterprise edition of Katalon, you also get the complete Katalon TestOps suite to manage your end-to-end automation platform.

RapidAPI Testing is one of the latest entrants in the API Testing space. Part of RapidAPI, which is the world’s largest API marketplace, the RapidAPI Testing adds to their existing suite of API management offering, called the Enterprise Hub.

RapidAPI Testing is a fully cloud-based API testing software. It seamlessly integrates with existing APIs on RapidAPI’s API Marketplace / Enterprise Hub, creating one central location for all API tests and eliminating the need to add APIs for testing manually.

Postman is one of the most widely used and popular API testing tools. It is a collaborative API development platform that offers API design and mock endpoints, API client, in addition to automated testing.

Postman’s API testing features the Postman collection to organize API requests and enables testers to run and automate them using the Newman tool.

API Fortress is a robust, enterprise-grade API testing suite from SauceLabs. It is well suited for testing web services built on REST, as well as GraphQL and SOAP. It also features advanced testing features such as data-driven functional API testing and API load and performance testing.

With API Fortress, you can write smarter tests with their API testing tool (the Composer) for true consumer-driven tests. API Fortress can facilitate automated testing in any CI/CD pipeline.

And finally, we have the old warhorse of testing, the Apache JMeter. As one of the most popular and the oldest open-source testing tools, JMeter has been around for over 20 years. From humble beginnings as an application load tester, Apache JMeter now boasts of many testing capabilities, including web protocols, such as HTTP/HTTPS, FTP, SMTP, and web services based on REST and SOAP.

JMeter also comes with its own Java API for programmatically building test plans.

Summary: Katalon vs. RapidAPI vs. Postman vs. API Fortress vs. Apache JMeter

What is Katalon Studio?

Katalon Studio is a software test automation tool that supports API testing and web, mobile, and desktop application testing. You can download the Katalon Studio for free and start building test cases to validate the various functional and non-functional aspects of your software.

What are the API testing features of Katalon Studio?

What are the alternatives to Katalon Studio?

RapidAPI Testing is one of the upcoming, feature-rich API testing platforms. If you are looking for a cloud-native alternative to Katalon, then RapidAPI Testing is your best bet. You can sign up for a free basic plan of RapidAPI Testing and start building your test cases with flexible test management and execution features, advanced reporting, alerts for test results, and complete integration with CI/CD pipelines.