Blog » The Dev Room » LAMP vs MEAN: What is the right stack for you? 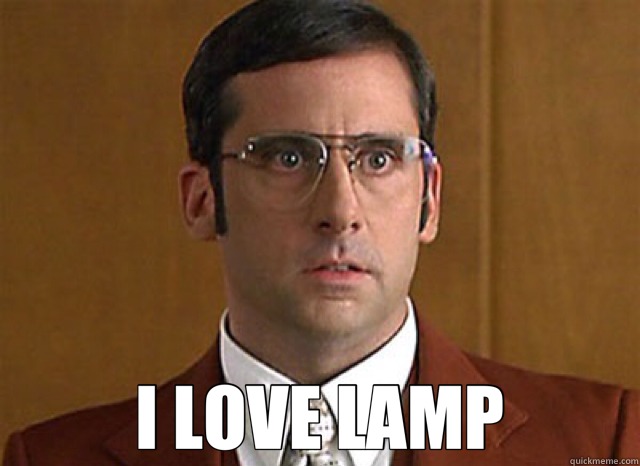 With many organizations around the world intensely depending on programming for their everyday undertaking, the need for big business level applications, sites, and servers has become apparent. When developing an app from scratch, utilizing consistent, scalable, and standardized software is imperative. While web stacks have become a crucial part of development, they have evolved over the years, making it harder for developers to choose. LAMP and MEAN are two of the most popular development stacks. And even although they rely on different technologies for backend languages, server environment, and databases, there has been a lot of contention about which of the two is better.
In this article, we will take an in-depth look at each of the web stack highlighting its pros and cons to show you their main differences.

LAMP is a set of software subsystems that are combined to perform tasks without dependencies on external software or data. It is the short form for Linux, Apache, MySQL, and PHP. LAMP works as a bunch of software programs that allow seamless and smooth integration with each other, thus becoming one of the most potent platforms for web application development.

With the largest and oldest community, and robust libraries and tools, LAMP delivers an excellent platform for hosting and developing prominent, high-performing web applications. Its components include:

Historically, LAMP has been the most reliable and highly effective platform to develop web apps at the enterprise level. It boasts a great history and provides app developers with room for customization. Its users include Oracle, Linux, and Zend, among others.

What are the Pros and Cons of LAMP Stack

MEAN can be defined as a software bundle that stands for MongoDB, ExpressJS, AngularJS, and NodeJS. Working together, these software programs helps to simplify the web development process. The core strength of MEAN stack is in its centralization of JavaScript as its primary programming language. Every component in this web stack is written in JavaScript and the database stores data in JavaScript Object Notation (JSON) format. This means that JS is not only used as a client-side scripting language but also in the entire application, which increases productivity. Its integral components include:

MEAN stack helps to develop apps that are scalable, flexible, and extensible, which makes it the ideal candidate for cloud hosting. The use of JavaScript also gifts developers the chance to reuse code across the application, reducing the need for reinventing the wheel in every development stage.

What are the Pros and Cons of MEAN Stack?

Differences between MEAN vs LAMP

LAMP stack allows developers to deploy web applications on a variant of Linux operating system only. MEAN, on the other hand, doesn’t list any operating system in their components. Therefore, with MEAN stack, users can deploy their apps on any OS that supports Node.JS.

LAMP allows developers to code in PHP. And even though MySQL offers better support to PHP in comparison to other programs, programmers can replace PHP with Python or Perl as the components in this stack can be interchanged. On the other hand, developers using MEAN stack are required to write codes in JavScript both in the client-side and server-side since components are not interchangeable.

While LAMP has Apache Web Server as its component, MEAN stack utilizes a webserver powered by Node.JS. The Apache Web Server is more mature and robust than Node.JS. However, Node.JS is not only modern and lightweight but also provides a non-blocking and event-based web server.

Although MySQL is the default Relational Database Management Systems (RDBMS) for LAMP, developers have an option of replacing it with other RDBMS such as PostgreSQL and MariaDB. Additionally, they can also use NoSQL databases such as MongoDB. On the hand, MEAN stack users are required to work exclusively with MongoDB.

Unlike MEAN stack which allows developers to use Angular.JS to facilitate front-end development, LAMP stack doesn’t have any component for such function. This means that programmers need to employ additional JavaScript frameworks and tools to create front-end web applications when using LAMP stack.