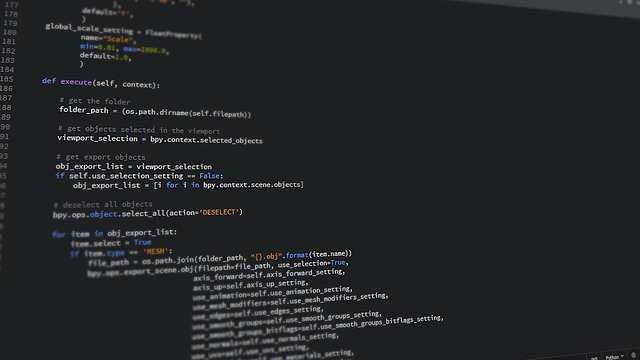 Today in this tutorial, we’re going to cover the following:

First, we’re going to create a new Django project named rapid-api-practice. Then, within that project, we will create a new app called api. Although this may seem odd at first, the “Django way” is to house an app, or more than likely multiple apps, within a single “project.”

We’ll put the whole thing in a root directory with the project’s name from the command line, like so:

NOTE: It is highly recommended, but not required, that you create a virtual env within your root directory.

Then, we’ll install Django (order matters if using a venv):

And finally, we can set up our new project with our single application, api. Notice the . in the command, which is telling Django to place the project in your current working directory.

Next, from within the newly created rapidapipractice project directory, run:

That should leave you with a file tree that should now look something like this:

Next, we can set up our database by running our first migration:

Finally, we’ll need to create our first user. Let’s call this user admin, and set the user’s password to password. From the terminal, run:

Build out our API

Alright, now that our housekeeping is done, let’s move onto writing some of our own code. For this example, we’re just going to use Django’s built-in User and Group models, which will allow us to demonstrate converting SQL records into browser-friendly JSON without too much trouble.

Further, to speed and ease development, we’re going to use the Django Rest Framework module. To install, simply run:

First up we’re going to define some serializers, which will take care of the SQL to JSON conversion that we are looking for. Django Rest Framework can also handle other serializations like XML, and so forth, but we’re going to use JSON. If you’ve used Marshmallow for serialization in Flask, this will look familiar. Let’s create a new module within our api directory called serializers.py that we’ll use for our data representations.

From the command line:

Then, within the body of our new serializers.py file, type the following:

Now, we’re going to define our views (or, more specifically, viewsets) in order to send our data from our backend to the browser. Open api/views.py and insert the following:

So, for standard CRUD operations on a SQL database, Django Rest Framework gives us these viewsets, which accept and handle GET, POST, PUT and DELETE requests. They also allow for a single endpoint to handle requests for list views of objects in the database, as well as individual object instances. Pretty sweet, really.

If for some reason we should need more granular control over the data that our API returns given a particular request, we can break out our viewsets into pure views, but in the case that viewsets will satisfy the needs of the use-case, it is the preferred means.

Okay, now we need to tell Django what views to return given a particular route. To do so, we’ll import include and path from the django.urls module, as well as routers from Django Rest Framework and, of course, the views that are to be returned. We can accomplish all of this by including the following code in our urls.py file.

Because we’re using viewsets instead of views, we can automatically generate the URL conf for our API, by registering the viewsets with our router class.

Pagination allows you to control how many objects per page are returned. To enable it, add the following lines to rapidapipractice/settings.py

Remember that idea of adding multiple apps to a given project? Our API and Django Rest Framework are just such apps. In order to make use of them in our Django project, we’ll have to add ‘api’ and ‘rest_framework’ to the INSTALLED_APPS list in api/settings.py, like so:

Prepare for deployment to Heroku

Create a Git repository wherever you like, and commit your work thus far. We’ll need the repo’s access details later in order to push our API to Heroku.

Create the file procfile in the root of your repo. It will tell Heroku this is a web dyno that needs to run gunicorn, along with the location of our wsgi entry point. Pasting the following line into the body of the file will get ‘er done:

We’re going to set up the hobby tier of Heroku postgres, because it’s free, Django supports it, and it gets added automatically. Moreover, we will have to move away from the default SQLite db that Django comes with out of the box, because Heroku won’t support a file-based db. It will simply delete it every time the app restarts.

Open /api/settings.py and copy the following configuration into the bottom of the file:

Heroku will read your requirements.txt file in order to learn what it needs to make available in your production environment. It should list the following (versions may vary):

Note: it is generally recommended that even though we won’t be using most of these modules locally, we should go ahead and install them in our virtual env, so we can simply run `pip freeze` to generate a complete and versioned list of dependencies that Heroku will need. That said, you can also just paste the above into a file that you create in the root of your repo called requirements.txt.

Next, we’ll need to create our runtime.txt file in our root directory. It just tells Heroku what language and the version we’re using.

We should now be ready to start deploying our API on Heroku.

How to Publish Your API on Heroku

Heroku is a really neat service that offers free hosting for hobby tier projects. You can create a free account at  www.heroku.com.

3. Login to the Heroku CLI

Heroku will then provide a link to a login GUI, where you can sign in.

4. Create and upload the app

If you haven’t yet, you will need to create a Git repository and commit your work.

To create the app we run the “create” command in the root directory of our git repository. This creates a git remote (“pointer to a remote repository”) named heroku in our local git environment.

Django Rest Framework has a nice GUI out of the box, but since we’re going to be adding this to RapidAPI, we’ll just skip out on serving the static files associated with the project (i.e. CSS).

We can then push our app to the Heroku repository as shown below. This will upload the app, package it in a dyno, run collectstatic, and start the site.

This will generate the URL that we will have to navigate to in order to view our app. We will then have to add that URL to Django’s list of accepted hosts. So, let’s go ahead and dd Heroku address (i.e. `rapid-api-practice.herokuapp.com`) to ALLOWED_HOSTS in Settings.py

Although the API should now be “running,” we’ll need to migrate our models to set up our database.

Next, let’s have Heroku create our administration superuser:

Now, we should be able to look at the site. It should work, although the only record will be the superuser we just created:

Create some users, groups, and albums in the admin site, and check out whether the site is behaving as you expect.

In order to view the add-ons associated with your app, use the heroku addons command. This will list all addons, and their price tier and state:

You can view your configuration variables for your app by running the heroku config command. Below you can see that we have two variables, the DATABASE_URL used to configure our database, and DISABLE_COLLECT_STATIC, which is telling Heroku that it doesn’t need to worry about serving CSS.

We’ll have to set our Django secret key to something really secret, and we’ll need to set DEBUG to False in settings.py, so we don’t leak any private tracebacks to the viewing public.

Once those changes are made, we can rebuild our app by running:

7. Add our app to RapidAPI

Alright, y’all homestretch. Now that we have our URL, we can go on over to RapidAPI and add our app to the marketplace. Click My APIs.

At this point, we will have the option to import a Swagger file, or to manually define our endpoints and such. To keep things simple, we’ll do it manually for now.

Finally, we will need to follow the following steps. This should only take a few minutes.

And shazzam! We have created a Django API with full CRUD functionality, deployed it to Heroku and added it to the RapidAPI Marketplace!!

Explore RapidAPI to beef up the functionality of your new API.

Jeff is a skilled technical writer and developer who works for MacStadium.